Bridging the IT age gap

Opinion: It's time to open ICT to workers of all ages. 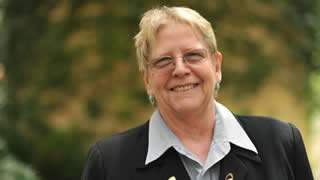 Prolific American writer, Sherman Alexie, once said, “Don’t live up to your stereotypes.” For the ICT sector, oft called ‘a profession for young men’, this is excellent advice!

Despite widespread calls for greater equity and diversity, the ICT sector continues to reflect a narrow demographic profile.

According to the ACS Deloitte Australia’s Digital Pulse Report, men account for a massive 72 per cent of the Australian ICT workforce. Add to that a marked bias towards younger workers and we have a challenge worth solving.

This is a global trend, as highlighted by a 2013 Payscale survey of US tech companies which reported that the median age of employees at several high profile firms was 30 or younger.

The median age at Facebook was 28, Google was 29, while AOL, Blizzard Entertainment and InfoSys all reported a median age of 30 in their workforce.

Considering the average working age at the time was 42.3 across all sectors, these findings raise serious questions about ageism and recruitment biases in the ICT sector.

My intention here is not to point the finger — the composition of our workforce is the result of many factors — but simply to highlight the issues and encourage a shift in both attitudes and behaviours in order to achieve our goal of a more diverse and balanced profession.

Not only would this enhance the effectiveness of our work as ICT professionals, but it would go a long way towards enabling us to address current and projected skills shortages that could significantly impact our economic growth.

Ageism has long been an issue for the ICT sector. Back in 2010, I chaired the ACS Ageism Task Force which released a report calling for greater recognition of the skills and knowledge of older workers. At the time, ACS Employment Surveys for several years had consistently highlighted significant and growing under-utilisation of ICT workers aged 45 years and over.

This year, the Australian Human Rights Commission highlighted the pervasive nature of ageism with its 2015 National Prevalence Survey of Age Discrimination in the Workplace Report revealing that over a quarter of Australians aged 50+ experienced some form of age discrimination in the last two years. Furthermore, a full third of managers surveyed reported that they factored age into their decision making.

As with most western nations, Australia has an ageing population. According to the 2015 Intergenerational Report (IGR), workforce participation levels are expected to fall as more people live longer.

The Government’s push to encourage people to keep working well into their 60s and longer is designed to provide the stable workforce necessary for continued economic prosperity and reduce the cost to the community in terms of social security and income support.

The IGR predicts that the proportion of Australians aged 65 or older who are still working will grow from 12.9 per cent in 2014-15 to 17.3 per cent in 2054-55. However, the report also highlights the challenges for mature workers in securing jobs, with influencing factors such as discrimination, disability or a mismatch between their skills and what the market demands.

While most people assume that ageism is only an issue for older people, ageism actually impacts workers at both ends of the spectrum, with youth unemployment (15-24 years) running at 14 per cent in January, compared to a national jobless rate of 6.3 per cent.

In March this year, Treasurer Joe Hockey published a column calling for Australian employers to amend their attitudes towards older workers. Mr Hockey said ageism and negative biases towards older workers limit their ability to contribute and often lead to them being discarded far too early, with an immense cost in knowledge, experience and economic growth.

This is an opportunity for the ICT sector to take the lead. With 43 per cent of jobs predicted to disappear over the next 15 years due to automation and the introduction of robotics and AI, demand will grow for technology workers to develop, implement and maintain these complex systems.

People who began their careers in manual or admin roles that now have a limited life could retrain as ICT technicians, programmers or in other roles that will emerge as a result of this transition.

The CEDA Future Workforce Report (2015) revealed a substantial increase in part-time and casual employment over the past 30 years for both men and women, a shift which could well suit older workers who want to continue to make a contribution, but no longer wish to work fulltime.

This is especially the case in technology, with ITCRA’s Q1 2015 ICT Employment Trends Report showing that over 90 per cent of advertised roles specify contractors rather than fulltime employees. Since the ICT sector already encourages contract and part-time roles, it’s ideal for people wanting to continue working later in life. The knowledge-based nature of our work also supports those with limited mobility or physical challenges.

Rather than living up to our stereotype of a young man’s game, let’s reinvent ICT as a sector for workers of all ages. Our biggest hurdle is our own perception — by beginning to change those we can make this sector more welcoming, equitable and successful for all.

I’d love to hear about your experiences and ideas for addressing ageism and promoting age diversity. Write to me at president@acs.org.au

This article originally appeared in The Australian.