Labor's vision for ICT in NSW

ICT as a cornerstone of the economy. 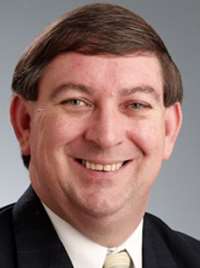 Peter Primrose is the NSW Shadow Minister for Finance and Services

The Liberals are privatising the State’s electricity network and Service First, the main site of NSW Government ICT policy and practice.

Labor opposes privatisation of electricity, as the network delivers billions of dollars to pay for schools and hospitals which will instead go to private owners. Labor opposes the privatisation of Service First, especially as it relates to local jobs and the security of NSW citizens’ personal data.

Labor recognises that the key to ongoing success in the ICT space is skilled workers. Some of that may come from migration from other parts of Australia and the world, but to really succeed, NSW needs to build on our world-class education system.

Sadly, the Liberal Party is disinvesting, at both a National and State level, in education. School, TAFE and university funding has all been cut under the Liberals. Tony Abbott cut $10b of Gonski funding out of the Federal school education budget, and Mike Baird cut $1.7b from our State education system.

Baird has massively hiked TAFE fees by thousands of dollars, and cut many courses which help people retrain for new, emerging industries.

Labor will reverse the Liberal Party’s cuts and disinvestment in education. Labor will scrap the TAFE fees increases. Labor believes in investing in education so that we take the high road to a high-skilled, high-wage economy, instead of trying to compete on wages with countries that have lower labour costs.

3. ICT as a cornerstone for our economy

Labor has a vision for a technology-driven economy that gives opportunity to all to participate in the digital world, exemplified by our commitment to a fast National Broadband Network that equalises access to the jobs and services of the future.

The Liberal Party’s approach is entirely different. The Liberals are relying on the private sector to provide essential infrastructure which means that only the richest will get the high speeds and reliability that many of neighbouring countries already enjoy.

ICT is not an inherently ideological space, and both sides of politics should be able to agree on a lot of what is needed and how we get there.

However there are differences of approach, personnel and values that will inform some of the decisions which Labor would make if elected.

Above all, Labor does not believe in the ‘privatise and outsource no matter the costs’ approach of the Liberal National Coalition Government.

While in certain circumstances private sector involvement in providing services may be the best option, for the Baird Government it is an article of faith rather than science.

They propose privatising our electricity network, which delivers billions of dollars each year into our schools and hospitals. They are selling off Service First, the main site of NSW Government ICT policy and practice.

This election is shaping up as a referendum on privatisation of electricity, and in the ICT sector, the privatisation of Service First. Labor opposes those moves, and instead will invest in the science, technology and mathematics education which is the cornerstone of a successful ICT sector. Over to you!

Peter Primrose is the NSW Shadow Minister for Finance and Services.