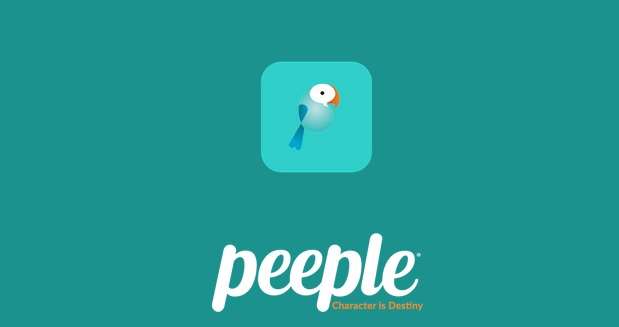 When an app emerged on September 30 that promised to let users give anyone they knew a publicly visible star rating that was extremely difficult to dispute or have removed, it was widely condemned by everyone from TV personalities to internet users.

The Washington Post, which was one of the first to run a story on the Peeple app, described it as a kind of ‘Yelp for People’ service.

“Imagine every interaction you’ve ever had suddenly open to the scrutiny of the internet public,” the Post said, branding the app as “terrifying”.

It was the beginning of a major backlash as Peeple quickly made a name for itself as the year’s most despised social media entrant, before the app even went live. It was even satirised heavily by HBO’s Last Week Tonight with John Oliver.

The same day, one of the app’s co-founders Julia Cordray took to LinkedIn in a bid to reframe Peeple’s existence.

“Peeple will not be a tool to tell other humans how horrible they are,” she said. “Actually, it’s the exact opposite.”

Cordray appeared to park some of Peeple’s more contentious features.

In the app’s first iteration, anyone that knew your mobile phone number could start a profile about you on Peeple.

You could not remove yourself from Peeple, nor delete negative comments, unless you were able to prove they were wrong, according to FAQs that have been removed but are still available in internet archives.

Peeple has now been forced to make its service “100 percent opt-in”.

“You will NOT be on our platform without your explicit permission,” Cordray said.

The old version of the app had a safeguard of sorts against extremely negative reviews.

“When another user makes a negative comment about you (2 stars or less) the comment does not go live right away. It goes into your inbox on the app, you will be notified, and now you have 48 hours timer to work it out with the user,” Peeple’s FAQ said.

“If you cannot turn a negative into a positive the comment will go live and then you can publicly defend yourself” – on the app."

But this has also now changed.

“Simply stated, if you don’t explicitly say ‘approve recommendation’, it will not be visible on our platform.”

Media commentators believed the changes would make Peeple more like other “purely positive ranking apps such as Klout and LinkedIn”.

TheNextWeb was more scathing: "Peeple's app has pivoted and is now completely pointless", it said.

Cordray said the viral attention paid to Peeple had taken its toll.

“I went from a relatively unknown 34-year-old entrepreneur from Canada to unintentionally becoming a trending topic on Facebook and Twitter in less than 24 hours,” she said.

“I wish I could say it was for something positive, but it wasn’t.

“Since the interview with The Washington Post, I’ve received death threats and extremely insulting comments aimed at me, my investors, and my family on almost every social media tool possible.

“I hope now if nothing else by watching me you can clearly see why the world needs more love and positivity.”