Why Google is now a subsidiary of Alphabet

Many questions raised by surprise restructure. 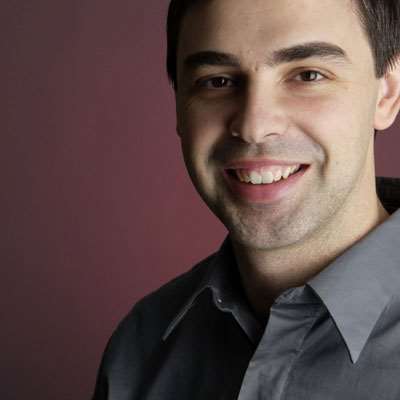 The surprise move by Google co-founders Sergey Brin and Larry Page to set up a new holding company called Alphabet to house their various ventures raises more questions than it answers.

Under the restructure, a “slimmed down” Google that consists of the company’s bread-and-butter internet products is now Alphabet’s largest subsidiary.

Also sitting under Alphabet are a variety of companies and ventures that previously fell under Google’s umbrella – such as biotech unit Calico and the X lab – the incubator for drone delivery and other so-called ‘moonshot’ ideas.

Page hopes the new structure will allow these types of innovative ventures to prosper in their own right.

“Alphabet is about businesses prospering through strong leaders and independence. In general, our model is to have a strong CEO who runs each business, with Sergey and me in service to them as needed.

“We will rigorously handle capital allocation and work to make sure each business is executing well.”

Analyst Jack Dawson told Wired that the reorganisation separates “the core Google business, which is very very profitable and largely funds everything else, and … all the new stuff, most of which won’t be profitable for years”.

“By splitting off all the experimental stuff, they can show how profitable the core business really is,” he said.

Vivek Wadhwa, a fellow at Rock Center for Corporate Governance at Stanford University, opined in The Washington Post that the new structure would benefit moonshots while giving Page and Brin an excuse to develop them.

“By breaking the company into separate divisions that can independently focus on existing as well as new markets, Google is also enabling its founders to get back to doing what they do best: innovate.”

For Page, the restructure rings true to the ideals he and Brin set out in the original Google founders letter 11 years ago.

“As Sergey and I wrote [back then], 'Google is not a conventional company. We do not intend to become one.’

“But in the technology industry, where revolutionary ideas drive the next big growth areas, you need to be a bit uncomfortable to stay relevant.”

The new name and structure is already causing discomfort in multiple quarters.

“We liked the name Alphabet because it means a collection of letters that represent language, one of humanity's most important innovations, and is the core of how we index with Google search,” Page said.

“We also like that it means alpha-bet (Alpha is investment return above benchmark), which we strive for”.

Others also like the name enough to be already using it, with BMW the largest firm to be taken aback by Google’s sudden use of it. The carmaker is said to be reviewing whether Google’s Alphabet breaches trademarks.

The reasoning for the restructure sent the Twittersphere into (joke) overdrive, but others have raised a number of legitimate – and as yet unanswered – questions on what the new structure will mean.

The Wall Street Journal questioned whether or not the new structure would actually benefit Google’s moonshots, noting Alphabet would have to reveal just how much cash it funnels into them.

It also queried whether YouTube and Chrome should be treated as separate businesses under Alphabet or – as they currently are – still part of Google.

Blog re/code raises a number of “unknowns” including how detailed Alphabet will report the group’s finances and how it will determine when to spin off innovative parts of Google’s business, noting that doing so could deprive the leftover Google business of talent.