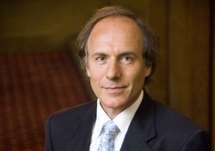 If Australia is to achieve its innovation potential it must concentrate on creating uncomplicated and efficient paths to achieve success, new chief scientist Dr Alan Finkel AO has said.

Speaking at the National Press Club, Dr Finkel highlighted the role of science and applied scientific knowledge in pushing the boundaries of innovation.

“If we want bold solutions in this century then we need science – and plenty of it,” Dr Finkel said.

“Modern science gives us the power to see.

“The more we know – thanks to science – the more we can achieve through innovation. And the more efficient the path we take to get there.”

However, he noted that science in and of itself was “not enough”, and that there was a need to also “think about interactions, unexpected consequences and the management of risk.”

“If we were to build nothing new before we were absolutely certain we knew the best way to do it that would be the end of progress,” Dr Finkel said.

“Even if we did figure out the quantum world tomorrow, even if we did have a grip on the fantastical complexity of the human brain, or even if we did crack nuclear fusion, there would still be questions about the practical ways our knowledge might be applied.

“How much progress could your lifetime contain?

“We decide – and not just by the scope of our ambition but by the breadth of our research, the quality of our planning and the calibre of our leadership.

Dr Finkel highlighted the role of the National Innovation and Science Agenda (NISA) created by the government late last year in potentially enabling Australia to achieve its potential.

“We are seeking the design specifications for a very different sort of country: a country with the scientific potential, the industrial capacity and the start-up culture to thrive in the decades ahead,” he said.

However, he noted the “need to ensure that the Government’s contribution to the innovation system is not too complex.”

In addition, he advocated for more uniform support for Australian industries, rather than investing in some but not others.

“Every year, around 1000 new clinical trials commence in Australia, capturing a $1 billion dollar investment,” he said.

“But we don’t create the same supportive environment for manufacturers of medical devices. Why not aim to win on all fronts, in the interests of consumers as well as workers and investors?”

He believed one of the factors that would influence whether Australia emerged from NISA as an innovation success story was whether it was able to foster the need to think and operate “at scale”.

“If you recognize a problem is big, you will be more likely to develop appropriately large-scale solutions,” Dr Finkel said.

“For example, we’ve done wonders with solar from a virtual standing start in 2010, but to get to where we want to be we need to move faster, with bigger ambitions.

“Operating at scale is not just about distributing money. The goal has to be to create an environment that encourages success.”

As the innovation framework for Australia was designed, Dr Finkel also sought a discussion on how the success of the program would be measured.

“We are capable of creating this environment; and where we succeed, good things happen,” he said.

“With great science and clever innovation combined, we can discover how truly remarkable we might be.”