How can we narrow the gap? 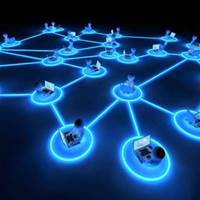 Almost three million Australians aren’t benefitting from digital services because they are not connected to the internet, according to a new digital inclusion index.

The inaugural index, created by Swinburne University of Technology and Telstra using Roy Morgan data, shows improvements in “digital inclusion” between 2014 and 2016.

However, subsets of the community are less able to use and interact with digitally-based services than others, and affordability is also a growing concern, according to the researchers.

“A digital divide exists in Australia, and with it comes the risk of deepening social, economic, and cultural inequalities,” Swinburne vice-chancellor Professor Linda Kristjanson said.

“As digital technologies become ever-more central to public and private life, the disadvantages of not being connected increase.”

According to the report, the digital divide in Australia “has narrowed, but has also deepened”.

“Access” to the internet – a measure of both how and where people can connect – is “relatively strong”, it said.

“In part this reflects network infrastructure improvements, but is largely due to greater data allowances and the growing range of devices people own,” the researchers found.

“While the value of internet services has improved, households are spending a growing proportion of their income on them (up from 1 percent in 2014, to 1.17 percent in 2016),” the researchers said.

“If this trend continues, it may be cause for concern, particularly for less wealthy Australians.”

Also problematic is the ability of people to take advantage of digital opportunities and services.

For the purpose of the index, this is a broad measure of attitudes towards digital services as well as basic skills in using them.

The researchers said digital ability had “increased since 2014” before going on to say that the baseline was “low”.

“Digital ability remains low for many groups,” the researchers said.

“While Australians report high interest in using the internet, they also find it hard to keep up with new technologies, and relatively few users engage in more advanced activities.”

As well as socioeconomic factors, geography continues to play its part in determining whether people are digitally included or not – and unsurprisingly, metropolitan residents are generally on the right side of the digital divide.

“On average, the digital inclusion scores for regional communities are lower than those of their capital city counterparts,” the researchers said.

“The average score for capital cities across Australia (56.8) is 4.1 points higher than the average the regional centres (51.7).”

Age is also a factor in digital inclusion; according to the researchers, “digital inclusion tends to decline with age”. Those aged 14-49 are best placed to be digitally included, on a national average.

The research makes no formal findings or recommendations in relation to its findings, but the team behind it hope it can be used to inform policy at all levels.

“This data source will now provide more information for the public, private and community sectors to better inform strategies and programs working to improve digital inclusion in Australia,” Professor Jo Barraket, Director of the Centre for Social Impact at Swinburne said.

“It is a longitudinal resource, which allows us to collectively reflect on our progress over time.”