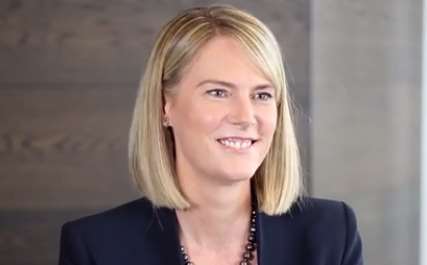 ANZ Bank has landed a surprise coup in the form of Google’s A/NZ managing director Maile Carnegie, who will take a new role in July championing digital banking and developing an internal innovation culture.

Carnegie – who had run Google’s A/NZ operations since 2013 – will lead “the strategic development and delivery of a superior digital experience for the bank’s eight million retail, commercial and institutional customers, as well as for its staff.”

“Reflecting digital’s importance to ANZ’s performance, Maile will also have shared responsibility for the financial results of the bank’s Australian and New Zealand Divisions.”

“Maile’s appointment recognises that digital is central to driving revenue growth and to successfully competing in a changing and disrupted environment where technology and brand are key sources of differentiation,” he said.

“Part of Maile’s role will also be to shift our thinking and champion a group-wide innovation culture at ANZ based on developing and attracting service-focused, technology-literate, innovative and experimental people and teams.”

Speaking to the ANZ’s own BlueNotes publication, Carnegie said that while some of what Google did may be transferable or applicable to ANZ, it would have to be carefully tailored rather than simply “shoehorned” in.

“You can’t just transplant the culture of one company and try to shoehorn it into another,” she said.

“I know there’s going to be a lot of work to make sure I understand the nuance of ANZ.

“But while the strategies can’t be shoehorned in [from Google] I think you can absolutely look at some of the principles of how do you create an innovation engine, one that’s going to run hard and fast enough to win in the 21st Century.

“The other one is at the end of the day if you look at all these magical tools and applications that everyone’s enjoying – things like peer-to-peer lending - they’re fundamentally being driven by a handful of significant innovations or disruptions that are happening in some of the underlying or core parts of technology.

“So I think the other thing that is absolutely applicable from a company like Google is the understanding of some of those foundational technologies and how you think about the intersection of them to help you understand where this might be going.”

Carnegie said that some of the key things that sealed her move to ANZ included “the idea that I can really anchor my career back in Australia” and the vision of ANZ’s executive on digital transformation.

“I’ve spent so much time working for multinationals and bumping around the world, and one of the things I’m really passionate about is helping to work more broadly on what’s going on in innovation in Australia,” she said.

“The fact that I can stay in Australia working for a great company with a great opportunity like the one I’ve got was really attractive.

“The other thing is it’s really important for me if I’m going to move to a company like the ANZ that the team is really committed to change and are excited about it.

“One of the things I found really funny as I was going through the process is that I was getting inundated by articles, journals, books and everything from [CEO] Shayne [Elliott].

“He’s clearly really passionate about it himself. You can really sense there’s a lot of energy to move the bank forward.”