On the hunt for key learnings. 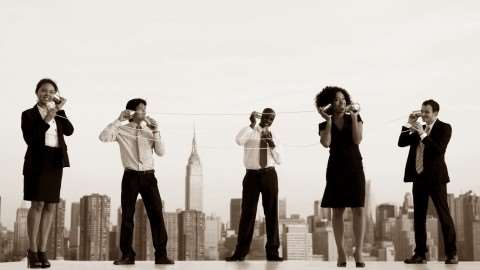 Telstra chief scientist may believe there’s absolutely nothing in Israel’s start-up success “that translates to Australia” but that hasn’t stopped other areas of the telco from trying.

Muru-d, the Telstra-backed start-up accelerator, this week struck a partnership with Tel-Aviv-based accelerator program The Junction to connect both Australian and Singaporean start-ups under muru-D “with mentors and advisors from the all-important Israeli start-up ecosystem.”

“Aptly named ‘the start-up nation’, Israel has the highest density of start-ups per capita, with the booming trend in start-up entrepreneurship and innovation showing no sign of slowing,” muru-D said in a blog post.

“The agreement will see muru-D and The Junction create joint initiatives to build a community network, enabling both parties to access and engage with each other’s mentor and investor communities and share best practice.

In addition, 57 companies under The Junction’s watch had raised US$145 million from investors, further strengthening its credentials in the accelerator space.

“More importantly, Israel is one of the most important geographies in the start-up world.

“When we add this partnership to our rapidly expanding ecosystem, our established global alliance network now covers all the major bases – Sydney, Singapore, Silicon Valley, Shenzhen, Shanghai, and Auckland; The Junction joins our relationships with 500 Startups, HAX Accelerator, Chinaccelerator and The Icehouse.”

Yarkoni told The Australian that the partnership was not about trying to replicate what had made The Junction successful in Israel, but simply “learning from them”.

It's a sentiment that was shared by Carsales CIO Ajay Bhatia at the ACS Reimagination conference last year.

“There is a lot to learn from different countries across the world,” Bhatia said.

“And not everything’s going to work here, but we do need to do things differently [to foster Australian innovation and start-ups].”

"There was quite a large number of experienced entrepreneurs from other ecosystems around the world working in Israel, which is very similar to Singapore and something we don’t seem to have in Australia to the same extent," Hurps observed.

"Something I [also] noticed a lot is the scale of ambition Israeli entrepreneurs have. They’re solving billion dollar problems - this seemed more prevalent than I’m used to seeing in Australia."

Hurps believed that while Israel had built a reputation as "the Startup Nation", Australia could do something similar.

"With the right people pushing hard enough, Australia can become the Startup Island, and the world’s most beautiful startup hub," he said.