How to teach ICT: The UK model

Australia may soon have its own program developed by the ACS. ACS has proposed a program to the Federal Government to establish a program for Australian ICT educators on how to teach children about technology. Our proposal is based on the highly successful British example, established by the British Computer Society almost 10 years ago. Read how the program was created and why the UK Government strongly supports it. 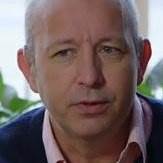 The UK Computing at School (CAS) movement has grown from an idea that ‘something needed to be done’ about computer science teaching in schools in 2008, to a grass-roots movement with over 26,000 registered users.

Simon Humphreys, National Coordinator for CAS, talks to Information Age about the reasons behind its growth.

"Back in 2008, the focus of the UK school curriculum was firmly on ICT; in other words, how to use technology, rather than developing an understanding of how technology works.

Seeing the way that computing was starting to dominate our lives, I, along with a couple of colleagues, thought that we had to do something to change this situation.

We were enthusiasts, full of excitement in our discipline combined with a serious concern that many students were being turned-off computing by a combination of factors that conspired to make the subject seem dull, pedestrian.

Not having a blueprint to follow, we spoke to Simon Peyton-Jones, at Microsoft in Cambridge UK, and he brought twenty teachers and academics together to consider how we could bring about this change.

Simon Peyton Jones, Principal Researcher at Microsoft UK, being recognised at the BCS President's Dinner for his work with CAS. He earned the Distinguished Fellowship Award for contributing to the advancement of computing.

We used the outreach programme of the local University, Anglia Ruskin, to contact as many schools as we could locally to start the first CAS hub; thirty ‘early adopters’ turned up at our first meeting. It was a start, and we discussed how best to ‘spread the word’.

By the summer of 2009, we believed we had enough momentum and with the support of Microsoft Research UK we held our first national conference. It was clear from that event that if this movement was going to succeed, it would rely on people like the hundred or so in the room – a real grass roots movement. We gathered together around the mantra: “there is no them, there is only us”, which still guides us to this day.

From the outset, we were convinced that if change was going to happen it needed to be locally driven. There had to be an opportunity for teachers to have that face-to-face interaction with each other - the local Hubs model.

From those pioneering days, although we’ve come a long way, we’ve been resolute in staying true to our founding principles of CAS. It is not a set programme, more a supportive and open community where teachers of all abilities share experiences and get help and advice.

We know from their feedback that they hugely value the supportive environment that CAS provides, and the fact that it has created a community of their peers, where they learn and gain confidence in teaching the subject.

In 2010 we joined forces with the British Computer Society (BCS), the Chartered Institute for IT. This association has been highly significant. BCS provides a legitimate status for CAS, opening doors to many other organisations and government offices that otherwise would have been closed to us. CAS would not be the community it is today if it had not been for their continued support for CAS and computing in school. CAS retains it own identity as a grass-root movement of peers within the wider remit of BCS. In 2013, the Department for Education (“DfE”) recognising that the existing system needed fixing, and that the level of teacher training was holding children back, it funded the CAS-run Network of Teaching Excellence (“NoE”). Established on the same open and collaborative platform as CAS, the NoE this is a national community partnership between schools, universities, IT employers and professional bodies to share best practice in local communities of practice.

The NoE has established the concept of CAS Master Teachers. These are 'Practitioner Champions' – experienced, high-performing classroom teachers with a passion for the subject; enthusiasm, energy, and a desire to support others.

Funding for the NoE has continued year-on-year since then, which demonstrates the confidence that the DfE has in us. The DfE measure metrics such as the number of Master Teachers recruited, CPD hours completed, and the total number of schools being reached are important but we also place a high emphasis on the impact the training and support provided through the NoE is having on the pupils in the classroom.  Our tactic is to support the teacher and increase their confidence little by little in teaching the subject.

So, getting on for 10 years later, what, then, have we achieved?

We have delivered a totally free-to-use network of 26,000 teachers, more than 3,000 online resources, and access to local networks, online and in person. Not bad for a movement that was started by a few impassioned individuals who only wanted to change the status quo."