He grew ISP iiNet from nothing into a $1.56 billion company. This week, we talk to Michael Malone.

There’s a certain romance surrounding the idea of a successful technology business that started life in a garage. For Michael Malone, that romance became reality.

Beginning with a rack of just six modems in his parent’s house, Malone built Perth-based ISP iiNet from nothing into a company worth $1.56 billion. While he left the firm three years ago, it still has a very special place in his life.

“iiNet is my baby - I was there for 21 years and was totally immersed in it,” he says. “Many of the people I still see today are in some way connected to that journey.”

While it would have been tempting to ease back after decades of hard work, Malone has instead thrown himself into a new career phase. Currently a board director of five listed companies and with interests in a number of private firms, he spends a lot of time on the road.

“This has happened about 10 years earlier than I would have expected,” he says. “I’m a little surprised to find myself doing something that I saw myself doing in my 50s and 60s.”

Malone has also relocated from Perth to Sydney and immersed himself in the city's start-up community, on the hunt for interesting ideas and promising business models. He's relishing the chance to discover new firms with big potential.

"Assisting companies in getting started through providing start-up capital and ideas is a lot of fun. It's a way for me to use my experience and knowledge to give back to the industry. I have the luxury of having the time to think about the big picture. I know don’t have all the answers but I think I can add value."

Through his venture capital firm, Phi Capital, Malone has already made a range of successful investments. Firms he has backed include Airtasker, BlueChilli, Megaport and SpeedCast.

While he recognises that fresh ideas are important, Malone says it's also worth remembering that you don't have to reinvent the wheel to be a success.

“When I was building iiNet, I thought we were being innovative," he says. "But what we really had to do was look around the world for other companies to see what they were doing and how it was turning out. We could study what was happening and then replicate the best in Australia."

Malone first joined the ACS back in 1987 as a mathematics student at the University of Western Australia. He saw it as an effective way to meet peers in the technology industry and to gain an understanding of what others were doing.

"Then, about 10 years ago, the ACS approached me about the idea of becoming a Fellow," he says. "I could see this could be a good way to give something back and so we worked on how iiNet could offer scholarships through the ACS. I am still very keen to explore how we can better build a pipeline of people involved in computer science and STEM subjects more generally."

Malone believes that anyone starting a career in the IT sector should not hesitate about joining the ACS. "It tends to be a lone voice for companies in the sector. It's not just for technical people but also for those in areas from HR to marketing."

When asked for other advice for aspiring entrepreneurs looking to grow a new business in the Australian IT market, Malone is direct. "It's never going to get easier," he says. "There can be a temptation to wait until you have a little more money, or more knowledge, or have built a bigger network, but resist that. Otherwise the years will go by and you won't make a start."

Malone says that, although it might be daunting, a better approach is to start out and then learn all you need to know along the way. It's the approach he used to build iiNet.

“The more you get into business, the more you realise what you don’t know. When I started, I didn’t know anything about running a business but I learned. If I had realised how much there was to learn at the outset, perhaps I would not have started."

Looking to the future, Malone says he intends to balance his IT sector-related activities with more time for family and friends.

“I don’t want to be retired – that is terrifying," he says "But I didn't spend much time building connections outside my business, and I am working to change this now."

Michael Malone is a Fellow of the ACS. 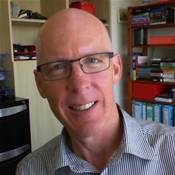 IAN GRAYSON
Ian is a senior journalist and commentator with more than 20 years’ experience in the IT and telecommunications industries. With a focus on enterprise technology, Ian is adept at explaining the impact new developments are having on the world of business. Ian is a former technology editor at The Australiannewspaper.
Copyright © Information Age, ACS
Tags:
airtasker bluechilli iinet megaport michael malone speedcast