Honorary Life Member and Fellow of ACS Brenda Aynsley OAM passed away on Sunday 12 August after a long battle with illness.

Brenda was an incredible champion of both ACS and the broader ICT profession. She holds the distinction of being the first female President of ACS, befitting her strong advocacy on diversity and inclusion.

She was made a Fellow of the ACS in 2003 and awarded an ACS Honorary Life Membership in 2006.

Her enormous contribution to both the ACS and society in general was fuelled by her firm belief in the possibilities of change enabled by the appropriate use of technology. She wrote extensively on the subject and provided inspiration and leadership to many.

In early 2010, she chaired the ACS Ageism Task Force which released Improving Age Diversity in the ICT Workforce in July 2010. She was also instrumental in the production of ACS’ Promise of Diversity Report culminating in a broadcast at the National Press Club.

During her term as ACS President, Brenda was a regular contributor to the Australian and other media outlets advocating strongly on diversity and encouraging more kids into coding:

Brenda held a fierce belief in the value of education for both current and future ICT professionals. She added to this by demonstrating the possibilities that technology enabled in both her local community, and on the national and international arena.

In 1995, Brenda opened the first internet café in South Australia and was instrumental in establishing the SA Internet Association. In 2000, Brenda established the long-running ACS PC Recycling Special Interest Group to help bridge the Digital Divide by providing low cost computers to those in the community who would otherwise not have access to one.

Above all, Brenda was strongly devoted to espousing the message of professionalism which included holding past positions as the Chair of IP3 and Professions Australia and donating much of her energies to the work of ACS representing the ICT profession in Australia.

Words cannot express our heartfelt sorrow. Brenda was a special person who was indefatigable advancing professionalism in ICT. This took her to the highs of being the first female President of ACS, and recognition on the world stage as Chair for six years of the International Professional Practice Partnership (IP3). She passionately represented Australia at international fora of the International Federation for Information Processing (IFIP), the ITU and United Nations, World Computer Congress’ and the World Summit for the Information Society. Even up to mid this year, Brenda was President of Professions Australia overseeing governance reforms to ensure the future success of the organisation. We have lost a shining light amongst our profession and one much treasured, as we embrace the many innovation and challenges of the digital revolution in an uncertain World. Rest in peace, Brenda.

- Anthony Wong, Immediate Past President ACS, IP3 and Board Member of IFIP

Brenda worked tirelessly for the promotion of the ICT profession throughout her entire professional life. She is well known as the founder of Australia’s first internet café and has been a strong voice advocating for workable and sensible policy settings around the growth of the online world. She has been involved for many years with the Electronic Frontiers Association, the South Australian Internet Association and the IT Council for South Australia. In recognition of her contribution to the ACS she holds the member grade of Fellow and was in 2016 awarded an Honorary Life Membership. Brenda was always a trailblazer, fighting for the improvement of the lot of women in ICT. In 2014/15 she served as the first female ACS President, driving a diligent and laser-like focus on the growth of professionalism within the sector. It was under her Presidency that the Reimagination Thought Leader’s Summit was born. Following her term as President she continued to serve her profession, most recently as South Australian Branch Chair.

I have always enjoyed working with Brenda and will forever be in awe of her unwavering commitment to developing a better profession for every person. She is completely irreplaceable and will be sorely missed. The thoughts of all our members and staff are with Brenda’s wife Sharon and their family at this difficult time. In lieu of flowers, donations are encouraged to the St Andrews Hospital Foundation South Australia or the Animal Welfare League of South Australia.

A very brave Australian stalwart of the ICT industry has left us. Brenda was a pioneer in promoting women in ICT by example. Based in Adelaide, she influenced our national and international reputation over a sustained lifetime of commitment including a two-year role as President of the Australian Computer Society (2014-2015). Brenda worked tirelessly to assist the Pearcey Foundation since we commenced recognising young entrepreneurs in South Australia back in 2002. In fact, she facilitated the 2018 event set for 28 August despite her grave illness -- we will all miss her. We pass our deepest sympathy to Sharon. She gave it all, right to the end…what else would you expect?

- Wayne Fitzsimmons OAM, on behalf of all of the Friends of the Pearcey Foundation.

Brenda was a very special person and friend who made an extraordinary contribution to the industry and the ACS despite the personal health challenges she was facing and will be sorely missed by those who had the privilege to know her. Among some of the unique memories for me include that I was on the Council when Brenda came for her first meeting, and I remember going over to her after that first meeting and telling her how much she reminded me of myself when I first arrived at Council, and how I would like to see her become the first female President of the ACS. I tried to mentor her when she first stood for President and was beaten but she decided she wanted to do her “pitch” her way – even though I told her I thought it was the wrong way to go. I was truly amazed and in awe of the amount she contributed and achieved in her term as President and that would have been the case had she been in really good health but was made more impressive considering her health situation. We were good mates.

As many would be aware, Brenda was not a fan of flowers. In lieu of flowers, donations are encouraged to the St Andrews Hospital Foundation South Australia or the Animal Welfare League of South Australia.

Brenda’s wishes were to forgo a formal funeral. Her memorial rather, was to be one of celebration with friends reminiscing about the good times.

Details for an event in her beloved South Australian Branch will be posted soon, as will arrangements for recognising Brenda’s contribution at a national level in either Sydney or Melbourne.

For ACS members wishing to send condolences to Sharon, Wendy and family, an ACS mailbox has been set up to collate and be presented as a consolidated document. Please forward tributes and condolences to intributeto@acs.org.au Speaking at the IFIP Ministerial Summit in 2016. 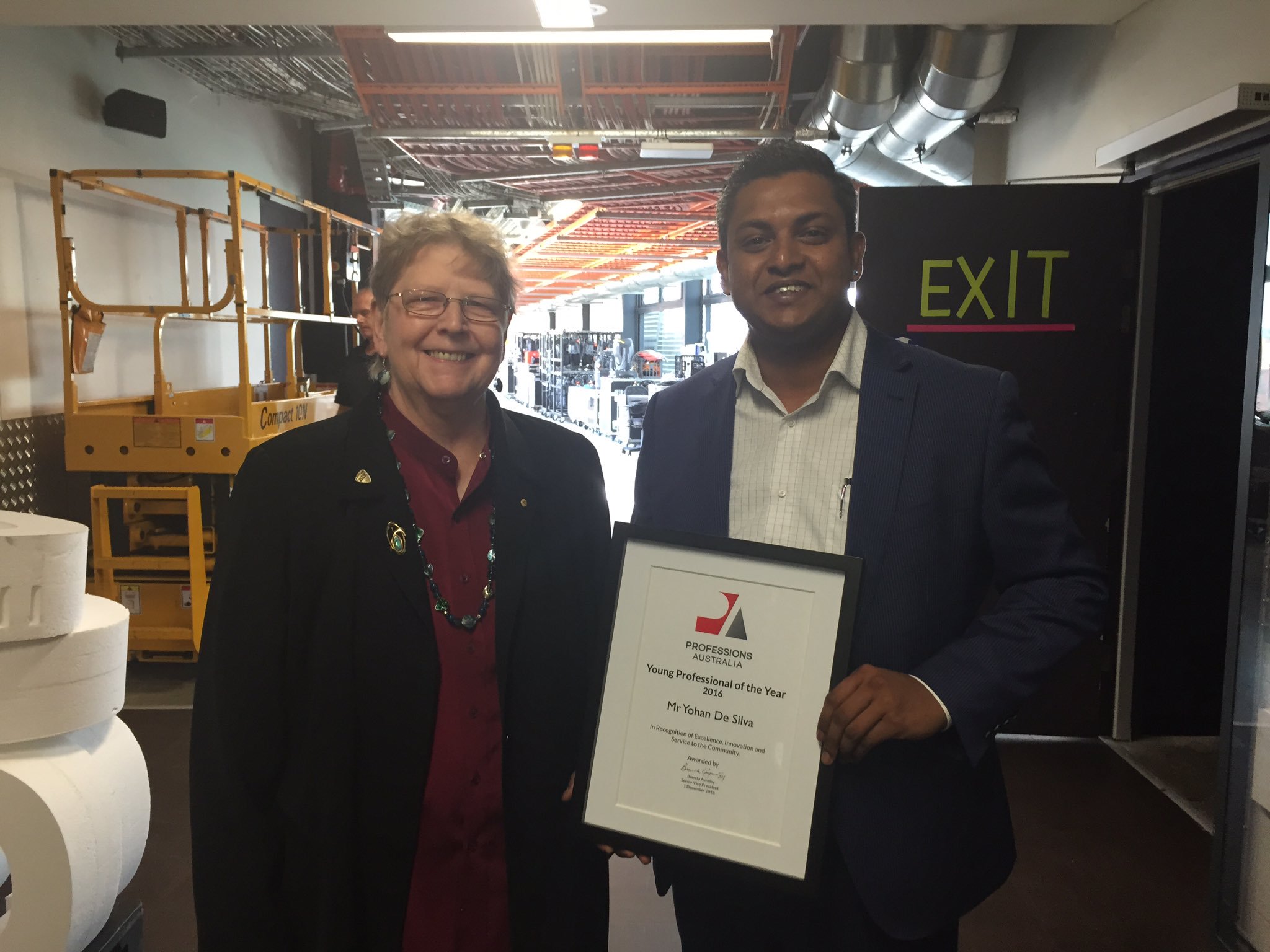 Presenting Yohan de Silva with his Professional of the Year Award. Speaking with members at the Victorian Launch of Australia’s Digital Pulse.

Speaking at the 2014 Canberra Conference.

Presenting at the iAwards. Presenting at the 2016 Digital Disruptors Awards. In conversation at the World Summit on Information Systems, Geneva. Source: Anthony Wong