Video game retailer EB Games Australia will shut down 20 stores around the country this month, offering 20 to 60 per cent discounts on remaining stock.

Describing the stores as “unprofitable”, EB Games said the decision was made after evaluating all stores in line with the “ever-changing retail landscape”.

Staff at the soon-to-close stores were offered the opportunity to work in surrounding stores “where possible”.

It is not known how many staff are affected.

In a statement to Information Age, EB Games did not name the stores to close, but these have been widely reported as being:

EB Games said it will focus on opening more of its large format “hybrid” stores that combine EB Games and Zing Pop Culture.

“These hybrid stores, combined with our strong omni-channel offering, 6 million loyalty members and 300+ locations across Australia, will see EB Games continue to be one of Australia’s largest specialty retailers,” it optimistically said. 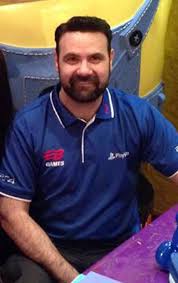 In the era of online gaming, EB Games’ US-based owner GameStop is under increasing financial pressure to deliver results.

EB Games Australia has been under fire for its work culture. Its regional manager Mark di Stefano was the subject of numerous complaints from former staff members, and in 2017 the company settled a harassment claim with one of the complainants for $8,500 with no admission of guilt.

Roulla Yiacoumi is the Managing Editor of Information Age. She is an award-winning journalist who has been covering business and consumer technology news for more than 20 years. Roulla was awarded Best Editor 2019 at the Consensus IT Writers Awards. She lives in Sydney and loves writing about the IT jobs market, online shopping, and scams.
Copyright © Information Age, ACS
Tags:
eb games store closoures mark di stefano unprofitable