IT executive steals US$6m from his boss An IT executive has been caught setting up a fake business to defraud his employer of US$6 million.

The crime carries a maximum sentence of 20 years imprisonment.

“Mr. Kabbaj pled guilty to a serious felony because he chose to misuse his position of trust as a corporate executive to steal company funds for his own personal gain,” said IRS Special Agent, Jonathan Larsen.

According to his LinkedIn profile, Kabbaj was the senior vice president of tech ops and engineering with Japanese-owned affiliate marketing company, Rakuten Marketing. 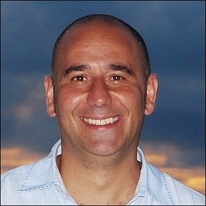 An affidavit from US Attorney’s Office special agent Scott McNeil – obtained by The Register – outlines how Kabbaj was caught red-handed.

In August 2015, a company called Interactive Systems began billing Rakuten for related IT services and equipment.

Fifty-two invoices were paid for regular fees as well as firewall devices and dozens of servers.

McNeil spoke to employees who had never heard of Interactive Systems.

Employees also said that the firewall devices didn’t match the model they used, and that the company was “unlikely” to have purchased ten servers in April 2019 “based on the needs at the time”.

The evidence pointing to Kabbaj as the creator of Interactive Systems was damning.

According to McNeil, each of the invoices from Interactive Systems were addressed to Kabbaj, and four of them contained Microsoft Word metadata directly implicating Kabbaj as the author.

Amounts of money nearly identical to those invoiced by Interactive Systems were regularly transferred into Kabbaj’s account, and there were no other transactions to or from the Interactive Systems account besides the ones from Rakuten and to Kabbaj.

The former IT executive is yet to be sentenced.

Kabbaj will forfeit two houses that have been traced back to the ill-gotten money and has to repay US$6 million. One of the properties Kabbaj must forfeit. Source: Realtor.com

A lifelong technophile and science fiction geek, Casey joined Information Age in 2019. With interests in AI, space travel, and post-humanism, Casey is always on the hunt for the overlap of science-fact and science-fiction.
Copyright © Information Age, ACS
Tags:
scam fraud IT Interactive Systems