A material made from linked octahedrons. Photo: Chiara Daraio/Caltech

Batman’s cape has inspired a new type of smart fabric constructed from 3D-printed polymers that can transform from soft and flexible to stiff and strong.

The fabric could be developed as an exoskeleton for biomedical, sport or military applications or even creating temporary shelters.

Chiara Daraio, professor of mechanical engineering and applied physics at science and engineering institute Caltech, who led the team of engineers on the project, explained they wanted to create a fabric that goes from foldable to rigid and load-bearing in a controllable way.

The fabric can change in a way that’s similar to when the Caped Crusader needs to turn his soft cape into a rigid gliding surface in the 2005 movie Batman Begins, according to Daraio.

"We wanted to make materials that can change stiffness on command," she said.

After printing the 3D material, which is structurally similar to chainmail, different configurations were simulated on a computer revealing that it could transform from a foldable, fluid-like state into specific solid shapes under pressure, much like the fictional cape.

Developing a material that can be created by printing and can then be used in rigid or flexible applications opens a world of interesting possibilities.

For instance, as a smart fabric, the material could also be used as an adaptive cast that can adjust its stiffness as an injury heals.

It could even be potentially used as a deployable bridge that could be unrolled and stiffened. 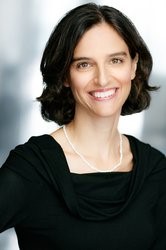 Everyday substances like ground coffee and sand particles show how things can change form from rigid to fluid.

Taking this idea one step further, the researchers looked at the way sheets of linked rings can jam together when compressed and tightened.

Following this lead, they tried different structures of material when developing the fabric.

“We tested a number of particles to see which ones offered both flexibility and tunable stiffness, and the ones that only jam under one type of stress tended to perform poorly,” said Daraio.

Structured fabrics, such as woven sheets or chainmail armours, are strong and flexible thanks to their particle makeup and structural geometry.

With material resistant to high-impact or used in thermal regulation or electrical conductivity, the fabric is usually fixed.

But the researchers created structured fabrics with three-dimensional particles arranged into layered chainmail that is also bendable.

“It's like having a string that can carry compressive loads. The ability to simulate such complex behaviour opens the door to extraordinary structural design and performance,” the team said in its research paper.

It is a potential game changer because it can carry tensile loads at the grain scale.

"These fabrics have potential applications in smart wearable equipment: when unjammed, they are lightweight, compliant and comfortable to wear; after the jamming transition, they become a supportive and protective layer on the wearer's body,” Daraio explained.

Pushing the idea further, Daraio and the team have been able to change the shape of the surface by embedding networks of heat-responsive liquid crystal elastomers (LCEs), thin strips of polymer that shrink when heated.

These LCEs contain stretchable heating coils that can be charged with an electrical current, which heats them up and causes them to contract.

As the LCEs contract, they tug at the flexible material they’re embedded in and compress it into a predesigned solid shape.

It could open up possibilities with remote collaboration, where a physical component of the collaboration is necessary, as well as medical devices and haptics in virtual reality.

The team plans to miniaturise and optimise the structured fabrics and smart systems to get them closer to practical applications.

Daraio envisions running cables through the material that then tighten to jam the particles.

"Think of these cables like the drawstrings on a hoodie," she said.