Students risk deportation if they fail to notify government. 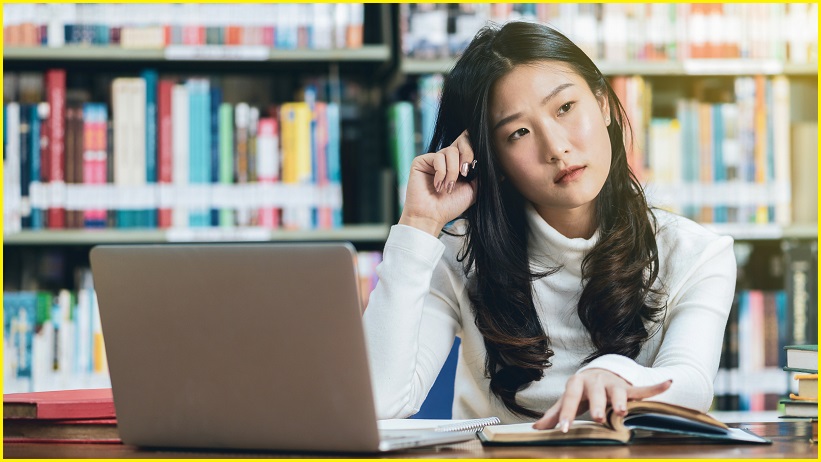 Students may change their thesis topic many times before settling on a final one. Photo: Shutterstock

International postgraduate students could face deportation if they fail to obtain ministerial approval before changing their research topic, under new visa conditions that have academics railing against “bumbling and incompetent” government interference.

Due to come into effect on 1 July, the new regulations enable the application of new conditions 8204A and 8204B to Subclass 500 student visas.

The new rules require an application to the Home Affairs Minister – currently Karen Andrews – when student visa holders want to change their course of study or research topic, or to commence research if they are not already enrolled in a research degree.

That minister must be “satisfied that there is not an unreasonable risk of an unwanted transfer of critical technology by the holder”, the new conditions state – flagging concerns about technology or information transfers that would harm Australia’s security or defence, affect public health and safety, interfere with a criminal investigation, or harm Australia’s international relations.

The new measures update existing conditions in the Migration Regulations 1994, known as 8203 and 8204, that can already be imposed on student visas to force the minister to ensure that international students “are not likely to be directly or indirectly a risk to Australian national security”.

Those guidelines specifically apply to citizens of Iran, whose targeting by international sanctions has necessitated specific controls on the transfer of technology – as does a clause designed to ensure that foreign students are not “associated with the proliferation of weapons of mass destruction”.

The current student visa application form already requires applicants to detail their intended research and what they plan to do with it upon returning home, but many have taken the statement that new conditions “apply in relation to any application for a visa made after commencement” as a sign that the government will now be vetting all postgraduate research through completion.

Concern about the new rules spread quickly, with current PhD candidates railing about government overreach amidst concerns that the regulations threaten the dynamic and iterative nature of postgraduate research.

The changes “will undermine rather than enhance Australia’s security,” tweeted Australian National University vice chancellor Brian Schmidt, a 2011 Nobel Laureate in Physics who said that “universities are completely capable of managing this risk, internally, and being held [to] account if we do not do it appropriately.”

“The idea that this level of micromanagement is needed is nuts,” said another university researcher who has previously questioned the efficacy of ministerial oversight, calling the new visa rules a “bumbling and incompetent attempt”.

Professor Inger Mewburn, director of researcher development at ANU, suggested that the new regulations may be “the Federal government’s most bone-headed idea ever”.

Noting that PhD students often change study topics as preliminary research expands their understanding of a field, Mewburn said “the idea of getting ministerial approval every time an international PhD student changes their mind about [their] PhD thesis topic is… stupid and completely unenforceable.”

“It’s all part of an insidious government over-reach into the business of being an academic in this country,” she added, “with creepy racist overtones to boot. This government seems perpetually anxious about international students and about academics more generally.”

Having recently ramped up its investment in key technology areas like quantum computing and AI, the government last November updated formal guidelines to prevent foreign interference in universities with practical steps designed to “counter foreign interference and preserve the integrity of our nation’s world-class higher education system.”

“With international students set to return to many Australian jurisdictions soon, we need to ensure our University campuses embody the free, open, transparent debate that is so vital to an Australian education, and to our way of life,” Andrews said when the measures were announced.

“The guidelines will protect universities, students and researchers from hostile foreign actors and intelligence services, who have been known to target sensitive research, muzzle debate, and intimidate foreign students.”

Such intimidation increased dramatically during the pandemic, ASIO director-general Mike Burgess warned in a February speech in which he said the last two years had seen “thousands of Australians with access to sensitive information targeted by foreign spies using social media profiles…. It’s an easy way for foreign intelligence services to target employees of interest.”

David Braue
David Braue is an award-winning technology journalist who has covered Australia’s technology industry since 1995. A lifelong technophile, he has written and edited content for a broad range of audiences across myriad topics, with a particular focus on the intersection of technological innovation and business transformation.
Copyright © Information Age, ACS
Tags:
government thesis students academics