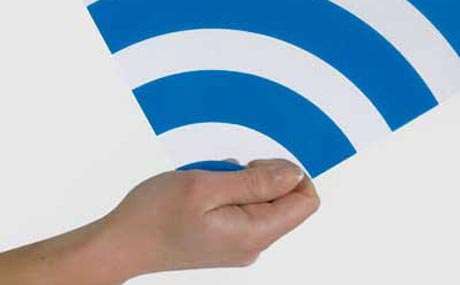 Catalyst aired its report entitled Wi-Fried on February 16, quoting extensively Dr Devra Davis, a US epidemiologist and author of a book on “the truth about mobile phone radiation”.

Dr Davis said that exposing the human body “to mobile phone radiation for thousands of minutes a month, for hundreds of hours over a lifetime, [is] going to have a biological effect on you.”

She also said that “every single well-designed study ever conducted finds an increased risk of brain cancer with the heaviest users” of mobile phones, but that this did not show up in cancer incidence numbers because it typically took decades for cancer to develop after exposure to radiation.

“There is no cause of cancer in the environment that shows up in the general population in ten years,” Dr Davis said.

“Of course we don't see any increase in brain cancer now. There's none expected.”

But those arguments were rubbished by prominent health researchers and academics.

Professor Rodney Croft, who directs the National Health & Medical Research Council of Australia’s Centre for Research Excellence in Electromagnetic Energy, said that views about wi-fi being harmful “are not supported by science and should be taken merely as the personal views of some fringe scientists”.

“In fact, the scientific consensus is strong, and is that there is no substantiated evidence that the low levels of radiofrequency emissions encountered by mobile telecommunications can cause any harm,” Croft told The Conversation.

Croft was particularly critical of the attempt to elicit a safety guarantee from the science community, which was used to cast doubt on the prevailing science.

“Of course it is impossible for science to demonstrate that anything is absolutely safe, and so regardless of whether we’re talking about wi-fi or orange juice, science cannot demonstrate absolute safety,” he told the Australian Science Media Centre.

UNSW cancer biologist Dr Darren Saunders argued it was reports such as that aired by Catalyst that had “very real public health effects”, rather than wireless signals.

He said there was a “lack of any demonstrable increase in brain cancer incidence over time” as well as an “absence of a plausible biological mechanism for how [mobile] radiation can cause cancer.”

Dr Geza Benke, a senior research fellow in the School of Public Health and Preventive Medicine at Monash University, disputed the assertion that cancers would take many more decades to materialise.

Dr Benke said solid tumours had “a much shorter minimum latency”, meaning that “we should be seeing increased rates [of cancer] now if there was an association [between cancer and wi-fi radiation].”

ARPANSA also took to its website to reiterate guidance that associations between mobile phones and cancer rates were “weak” and “not substantiated by the bulk of scientific evidence”.

People that believe they suffer health conditions as a result of wireless signals generally group themselves under a condition called idiopathic environmental intolerance attributed to electromagnetic fields (IEI-EMF).

Previous investigations of the condition have highlighted the difficulty in tying ailments that people suffer directly to their exposure to radiofrequencies.