There is a common theme among ACS members in relation to the recently announced s.457 visa reforms – an agreement that while skilled migration should be a source of competitive advantage for Australia, it should never be at the expense of the domestic labour market and attracting full workforce participation.

All citizens quite rightly have an expectation that the Government of the day facilitates an environment where everyone can fulfil their potential.

ACS member concerns have been anecdotal around multi-nationals undercutting local wages by hiring foreign workers on 457 visas, overstating expectations on job advertisements to bypass true labour market testing, and 457 visa holders using the scheme as a pathway to permanent residency.

One ACS member shared with me a conversation they had with colleagues over a recent job advertisement:

“They wanted one single person to be able to be an expert (yes, they've explicitly used the word ‘expert’) on three RDBMS's, as well as being a Linux Administrator, a VMware administrator, a Storage Administrator, a Network Administrator, as well as a programmer and scripter in their spare time. Now I've got over a decade of experience working with databases, and I'm peculiar in that I can reasonably claim to be an expert in two RDBMS's, but not three, and while I've got a working knowledge of some of the other areas, that's by no means the core component of my skill set, as I'm a database guy. My colleagues and I were trying to work out what would be required to actually fill that role, and we settled that a team of about 6 people would be able to meet that one job advertisement.”

Now, I am not saying that this particular example was trying to bypass labour market testing. What I am saying is that if you compound this instance and observation across many members, you can understand why people have become wary towards 457s.

Integrity of the system

Like many government programs the 457 guidelines are detailed to ensure integrity, however as a result they are often not widely understood.

Strengthening labour market testing was one of ACS’ key recommendations in our May 2014 submission to the Independent Review of Integrity in the subclass 457 programme and collectively we are all pleased to see this is a key focus in the Prime Minister’s announcement.

Tightened and clearly defined criteria in such areas is welcomed.

Historically, applicants for a s.457 visa are not subject to a skills assessment, unless the role is a trade-related occupation, because acceptance by the sponsoring employer had been deemed a sufficient test. Theoretically that may be suitable for an immediate employer need – however working with one employer temporarily that is then used for a permanent residency application, doesn’t represent a sufficient test about the mobility of the visa holder’s skills and whether they can make a long-term contribution to the Australian economy.

So, splitting into two streams where the short-term has greater diversity in occupations available to aid flexibility, while the longer-term addresses the strategic investment needed for our future economy, are pragmatic policy decisions.

I also think extending the permanent residency period from two to three years is wise, as is a requirement for visa applicants to have at least two years’ experience in their skilled occupation, a commitment to a minimum market salary rate to ensure Australian workers are not undercut, and strengthening the requirement for employers to contribute to training Australian workers.

These criteria aside, it will be very interesting to see how Free Trade Agreements (FTA) play out over time in those instances where mandatory labour market testing has been exempted from the FTA.

The 457 announcement has attracted strong media coverage and a diversity of views. It is important to remember that 457s cover all industries, and that in IT and technology occupation classifications, only a small number have been removed. This is an important indicator that the Government understands the importance of the tech sector and digital in transforming the Australian economy.

Some have suggested the reforms are window dressing and have not gone far enough, while others are very concerned about unintended consequences.

Window dressing is, I think, harsh. I see it more like a brand refresh. Sometimes the quickest way to change culture and business practice is to update the objectives and recast the message. These are sensible changes with twelve months to fully implement.

As for unintended consequences, the concerns raised by the start-up ecosystem are important. All net jobs growth for a developed economy comes from new firms. We need a vibrant and growing start-up ecosystem, and a key element of that is attracting world class talent for knowledge transfer and building the skills of Australia’s human capital.

I think we are hearing the need in the start-up sector for reassurance that tightened criteria doesn’t become red tape and a barrier to attracting high level talent to Australia. Similar assurance is also needed for those involved in research and attracting world leading PhDs to our shores.

The messages I hear from both the Government and Opposition are unequivocal. Both understand that as the economy continues to digitise and automate, we need high level technical skills to expedite our nation’s digital transformation and support the development of new industries that can maintain our historically high standards of living.

In the report Australia’s Digital Pulse 2016, commissioned by ACS, Deloitte Access Economics pegged the Australian IT workforce at 628,000 in 2015 and requiring another 67,000 IT workers by 2020. This against a backdrop of approximately 4,000 graduates in IT related degrees annually. The shortfall is clear.

The ACS has long raised awareness around this as one of our national dilemmas: having enough skilled ICT specialists to develop advanced ICT capabilities, tools and services -- and not just to meet the demands of our own economic growth, but to also be competitive on the global stage.

As our economy undergoes structural change, skilled migration is an important lever to address the imbalance between supply and demand for digital and technology skills – and so too is developing and enabling the current workforce. Australia’s future success will depend on making the most of both sources of skilled talent, and so as it stands, the 457 visa reforms are step in the right direction. 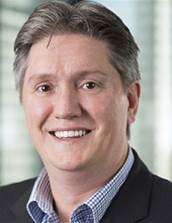