A plaque has been laid honouring the late computing pioneer.

Computing pioneer John Makepeace Bennett has been honoured at the University of Sydney.

A plaque and meeting room at the Sydney Nanoscience Hub in honour of the late Emeritus Professor was unveiled last Friday. 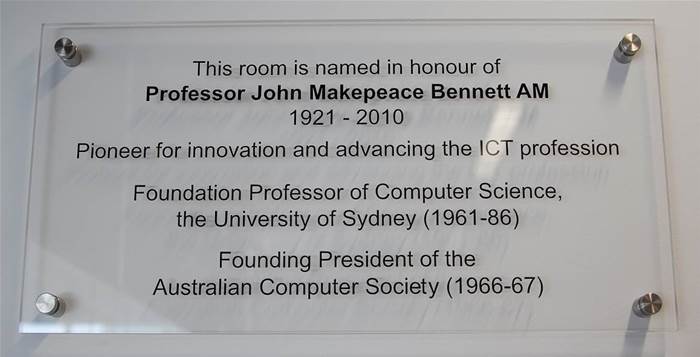 Bennett was the founding president of ACS and dubbed as 'The Father of Computer Science’, being Australia’s first Professor of Computing.

"We hope that this [meeting room and plaque] will remain forever in place in the nanoscience hub of Sydney," he said. 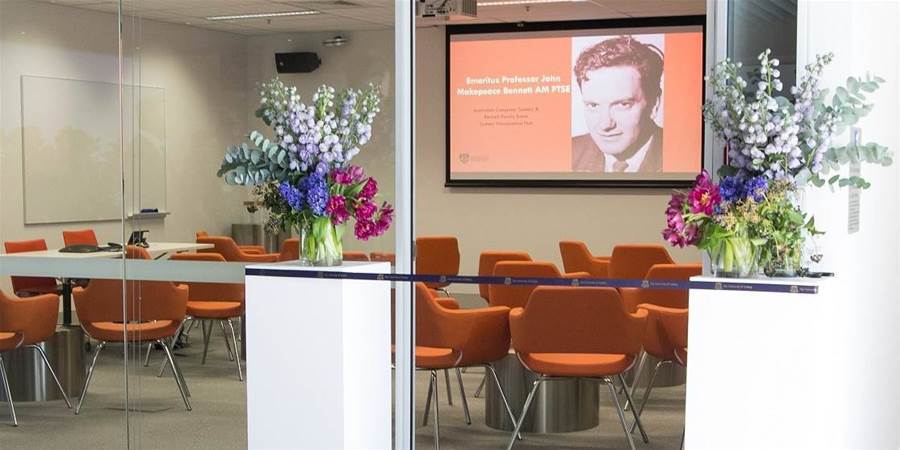 The meeting room at the Nanoscience Hub.

In attendance of the opening were also two of Bennett’s daughters, Ann and Sally Bennett, Sally’s husband Wayne, and their daughter Rose Petrass.

Rose said Bennett had had a great impact on her childhood and she was thrilled he'd been recognised.

"I’m very proud of my grandfather. All the way through my childhood he was looked up to, he was extremely successful. I think it’s been a long time coming, but I am happy he’s been honoured now," she said.

“If there can be some assistance for these students in getting through a postgrad PhD, it’s great. It’s only a small contribution to their living allowance over however long it’s going to take them to do their PhD, but any contribution helps," she said.

“I’m very pleased they’re getting some support in dad’s name, it helps his name live on." 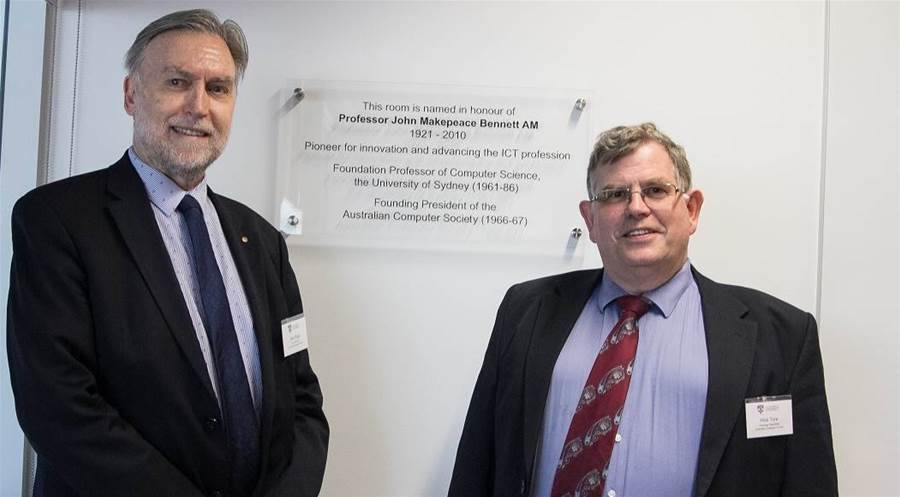 Bennett managed SILLIAC, one of the most advanced computers in the world, and returned to Australia after his PhD in London to work at the University of Sydney.

He was made an Officer of the Order of Australia (AO) in 1983, and was awarded the Centenary Medal in 2001 for services to Australian technology, and the Pearcey Medal in 2004. Bennett died on Sydney’s Northern Beaches, aged 89, on 9 December 2010.

Raveena Grover was a journalist at Information Age. She has worked in radio and is a former editor of the University of Technology's student publication, Vertigo. Her work has been published on 2SER, Hijacked City Hub Magazine and the Medical Observer. She is passionate about science, technology and the social environment.
Copyright © Information Age, ACS
Tags:
John Bennett Sydney Nanoscience Hub University of Sydney