A computer pioneer looks back 50 years to one of the first computer viruses. The computer involved was an IBM 1800 DACS (Data Acquisition and Control System) which was, apparently, the fifth 1800 system off the IBM production line in San Jose, California.

It was delivered, late, to the Department of Nuclear Physics at the Australian National University (ANU) and incorporated a special modification, which IBM called an RFQ or Request-for-Quotation, involving a feature called “add-one to storage”; this was used for counting pulses from Nuclear Physics experiments being run at ANU.

Moreover, the 1800 also had another unusual feature: a 'channel-connect' facility to ANU’s IBM System/360 Model 50, aimed at high speed data transfers between computers.

In 1968, system and support software commonly was not typically supplied with a computer; the IBM 1800 came with no operating system and was equipped with only a punched card-based assembler language facility.

This meant that, having joined ANU in early 1966 as a Research Assistant after working on an IBM 1401 system at BHP Newcastle, I had to create a basic operating system with an embedded application to collect the data from the measurement instruments.

I spent some time in San Jose, California in 1967 prior to the late arrival of the 1800 into Australia.

This was needed to get the SIMPUL system tested and, incidentally, was right at the height of hippie movement in nearby San Francisco.

The analog-to-digital converters connected to the 1800 essentially measured the height of electronic pulses emitted by the nuclear instruments observing particles from those nuclear scattering experiments.

The 1800 had a keyboard/printer unit based on a golf-ball typewriter, labelled the IBM 1816 unit and an IBM 1442 card reader/punch unit.

To start the 1800 system, one had to load the operating system/monitoring application, namely the initial program load or IPL.

This was done via the reading of a rather large binary card deck from the 1442 card reader, having first entered a read command sequence into the 1800 from the sense switches on the main system console.

All went well for a time until I received a call early one morning asking me to urgently come into the accelerator centre to try to determine what was happening with the 1800.

The “6MV Tandem”, the 6 Million Volt particle accelerator, operated around the clock to enable longer counting experiments to be done.

What was happening was that randomly the main console typewriter would start typing out “THE MASKED STUDENT STRIKES FOR THE LAST FANTASTIC TIME” followed by a character version of a 'hangman'.

This seemed harmless but the new 'feature' caused SIMPUL to malfunction and stop!

It turned out, after I had carefully done some forensics on the main memory and then the SIMPUL IPL card deck, that there were some new binary punched cards inserted into the deck that contained the text to be printed and the parameters for when to be printed!

We had what we now call a “Trojan horse” inserted into the system.

It turned out that this was what we call now an 'internal' problem: a finishing postgrad Nuclear Physics student had thought that this would be a great legacy to leave but, not being a computer person, he had forgotten that additional characters in the IPL deck caused some fixed memory addresses needed by the SIMPUL system to be changed, causing the malfunction.

The cards were identified and removed from the 1500-strong IPL card deck and the system tested again in case some other problems were present.

Altogether it took me a couple of days to determine the problem, locate the “malware”, remove it and re-check the overall SIMPUL system.

Interestingly, this was around the same time that a colleague and dear friend, Dr Willis Ware of the USA’s RAND Corporation in Santa Monica, California, was chairing a committee aimed at producing what was essentially the world’s first study and report on computer systems security.

The committee, organised by the then ARPA, the “Advanced Research Projects Agency” operated under the auspices of the USA’s Defense Science Board.

The report, later declassified and published as Rand Report R-609 Security Controls for Computer Systems was re-published again in 1979.

Yes – a real first – a 50 years ago situation that set me on the road to getting involved in what we now call 'cybersecurity'. 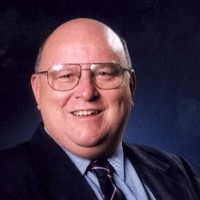 Bill Caelli
Bill Caelli, AO is an Emeritus Professor of the Queensland University of Technology (QUT), an ACS Fellow and one of the pioneers of cyber security in Australia.
Copyright © Information Age, ACS
Tags:
virus trojan history