More and more Aussie start-ups are making it big.

But the path to reaching a level of success and renown is not always clear cut.

For each of them, the start-up journey from founding to funding has been filled with challenges – but the need for grit, determination, and self-belief is paramount.

“Every start-up founder you meet is plagued by self-doubt – even ones who’ve been successful,” said Stephen Phillips.

“It’s a symptom of putting yourself out there and taking a risk.

“But you’ve got to convince them it’s worth doing and that they should take less money to come and work on this crazy idea.” Phillips works closely with talented technologists from the ground-floor of their start-up adventure.

For him, stepping out on your own to create a new business with cutting edge technology is more than just a job – it’s a way of life.

“I’ve just learnt over the last 10 years or so that I don’t know another way of living,” he said.

“I have to do this – I don’t have a choice. I’m a terrible employee, I’m terrible in big companies.

“Now I can spot certain young people and I say ‘you’re going to be a very bad employee, you should come with me and do your own thing’.”

Phillips seeks out elite computer science and mathematics students to develop projects that were unthinkable at the turn of the century.

“I know they’re good enough when they’re able to take a paper that was released yesterday and turn that into code and have the model running within 48 hours,” he said.

“That shows they’re good enough to keep up, and if you can keep up right now there are plenty of opportunities.”

Even for the most technically skilled entrepreneurs, the ability to spot and seize an opportunity will not necessarily mean success.

Emma Lo Russo identified a need for high-fidelity analytics of social media and has since grown Digivizer to a business that provides global solutions.

“There’s lots of smart people in the world and the opportunity is the same for everyone,” she said.

“So it’s starts to be about how you play the game, your strategy – but resilience and grit is a big part of why we’re here today.” 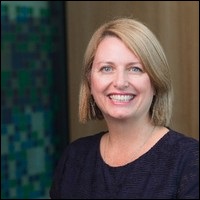 Lo Russo bootstrapped her company for the first four years, meaning it started without investors or seed funding.

A mother of three children, Lo Russo completed her MBA at the same time as she started Digivizer.

“When we took funding, my ex-CEO was one of the investors. When he handed the money over he said ‘don’t die – that’s the number one rule’,” Lo Russo said.

“And there were times when it would get tough, and cash would be tight but it’s about still showing up every day and believing enough in yourself to see it through.

“Sometimes you just have to be like ‘don’t die’ – because you can still be in the game to pivot, or rethink, or find another way to get that next stage of growth.”

A strong sense of purpose has helped Tan Le maintain her vision for Emotiv – a company that specialises in researching the most complex object in the universe: the brain.

Le said her family’s experience as refugees from Vietnam has helped her develop the requisite strength and resolve.

“We had to start life over. Of course it’s hard, and of course it takes courage,” she said.

“But when you leave something known and venture out into the unknown, you have to stick with through the hard times.

“There have been so many tough times when our business was about to fold, or we lose the best people in team, and what carries me through his a really clear sense of purpose about what I do.” 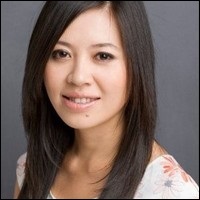 “Given where I started, I have a real sense of responsibility to make the opportunities I have had in my life worthwhile,” Le said.

“My purpose is to democratise brain research so that in the long term we can empower more people to have access to technology.

“We have a great responsibility, especially given the world’s inequities, to address inclusion in this space.”

Building social inclusion through out-of-the-box thinking has also been crucial for the success of Kanopy.

Kanopy’s innovation came through recognising the potential for of streaming culturally important movies.

By partnering with universities and libraries, Kanopy is able to provide free streaming of movies that step beyond mere entertainment.

Olivia Humphrey made sure her funding model was deliberate in order to guarantee the right outcomes.

“Not every company fits a traditional venture capital (VC) model,” she said.

“The VCs I know tend to be attracted to companies that are attacking large markets and have really high revenue, often at the expense of profitability.

“Kanopy, for example is not that. It’s a niche market company, highly profitable through methodical growth, and so our VC journey was different."

“We attracted our first VC funds a couple of years ago but it wasn’t to raise capital, it was for market expertise.