Fellow Peter Fritz was awarded an AO for his service to public policy and business, while Dr Peter George received an AM for his work as a computer science educator and for documenting Australia’s computer history, along with Professor John O’Callaghan who was recognised for his significant service to the information technology industry and to computer education.

“While it’s a personal honour, the reward is a testimonial to the extraordinary people I’ve collaborated with over the years,” Fritz told Information Age.

“The partnerships we created have resulted in great companies and friendships.” 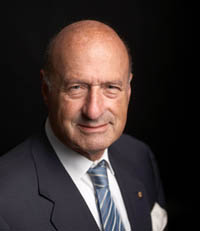 Among the companies Fritz founded are TechComm, floated on the ASX in 1993 and went on to become UXC before being sold to US-based CSC in 2016, and electronics payments provider Hypercom which floated on the NASDAQ in 1997.

In other roles, Fritz has been Adjunct Professor at the UTS and served as chair of the university’s Graduate School of Business, along with chair of Global Access Partners which he founded in 1997.

“When you look at awards like this, it’s not about the past but the future,” Fritz continued, with a call for greater co-operation between industry participants.

“I think in Australia we celebrate competition, but we should be celebrating collaboration more,” he concluded.

Fritz was awarded an Order of Australia (AM) in 1993 for his services to ICT and made an ACS Fellow in 2011.

In this year's Order of Australia list was Dr Peter Thorne who was honoured for his significant service to computer science education and his work preserving Australia’s first computer, CSIRAC. He became an ACS fellow in 2003.

Dr Thorne was a weekend service engineer for CSIRAC while undertaking his physics degree and after graduating in 1962 stayed on with Melbourne University’s computing science department, eventually being appointed its head in 1990. He retired at the end of 2000.

Also honoured in the Australia Day awards was ACS member Prof John O’Callaghan for his significant service to the information technology industry and to computer education.