The problem with the IT skills shortage

People left behind in fast-moving industry. 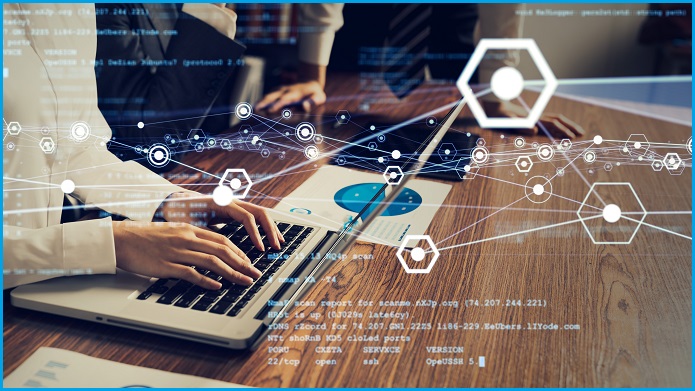 In part one this four-part series, Information Age introduces the problem and hears from local industry about what can be done to fix it.

Australia has an IT skills shortage.

ACS’ annual Australia’s Digital Pulse report has been highlighting this shortage since 2015.

At the face of it, it’s easy to see why there is now such demand for IT professionals as new technologies and business practices continue change the market landscape.

Increased digitisation, a move to cloud infrastructure, the continued importance placed on cyber security, and the high value of data analysis and artificial intelligence all means these specific skillsets are currently in vogue.

Finding people to fill these roles can be difficult.

Elizabeth Whitelock is the CEO of ASX-listed AI company Houston We Have.

She agrees that, despite the IT skills shortage, the firm has still been able to find suitable workers over its last two years of growth.

“We haven’t always had the breadth and depth of applicants that one might see in other sectors,” Whitelock told Information Age.

“At certain times we have found quite acute shortages of data scientists, for example, and securing people with suitable skills and experience in front-end development has certainly been challenging at times.”

For Whitelock there are three key areas for improvement: a more flexible skills migration scheme; coordinated training and upskilling workers, and a greater focus on developing science, technology, engineering, and maths (STEM) subjects in the younger generation.

“Beside obvious gaps in data science, front-end-development and artificial intelligence more broadly, I also see a lack of available skills in more pure disciplines like applied mathematics,” she said.

“In the celebrity age, we have ceased championing great scientists, for example, and much to our detriment.

“Australia already has a good reputation for advanced science and research, but the base is small.

"Imagine giving more children the joy (and career prospects) of a solid grounding in such important skills.”

Whitelock’s view is not uncommon.

In fact there, there are already some top-down efforts to bring Australia’s IT skill pool in-line with business needs that target these areas.

Last month a parliamentary inquiry into skilled migration recommended an overhaul of the existing system in order to make it easier for employers to attract and maintain skilled workers, especially those in IT.

And in June it updated the priority migration skilled occupation list – created last year to cover a skills shortage made worse by COVID-19 – to include more ICT jobs.

In this year’s budget the government said it would throw $100 million at digital skills and would run a pilot cadetship program to explore different models of training closer to trade apprenticeships.

The next generation of university graduates will also discover an economic incentive to choose IT, and other STEM subjects as technical degrees saw their students costs slashed at the expense of the humanities.

So will this all be enough to ensure Australia has a steady stream of new technologists going into the future?

Russell Wilkinson is CEO of World Customs Platform, a small business trying to use technology to simplify the complex paperwork needed for importers and exporters.

“Often global demand for technology goes in waves,” he said.

“I understand 10 years ago there was a shortage of mobile apps programmers, technical project managers – then approximately 20,000 people came into Australia with those qualifications, wages and contract rates therefore collapsed by around 50 percent.”

Changes in the common technology used by businesses and can create a strange milieu in which workers with skills in an older domain are no longer needed but those with new skills are still lacking.

Angela Logan-Bell, a Melbourne-based director for cloud company Rackspace Technology, recently told Information Age that the paradigm shift toward cloud infrastructure has changed what businesses are recruiting for.

“Those old-world technical skills such as desktop support or hardware administration just aren’t sought after anymore,” she said.

“We need to get new talent in fast, and the barriers to entry have been removed, particularly if you’re focusing your skills in the right areas.”

The cloud example points to one of the major difficulties of defining a problem like the IT skills shortage, namely that IT skills and specialisations aren’t evergreen.

Technological development can create a burning platform under IT professionals who must stay up to date with industry focus and in-demand skillsets or risk falling behind as a new de facto standard comes into place.

Automation through machine learning and AI are emerging technologies that, as they develop, can put negative pressure back on the existing workforce in the same way cloud computing affects demand for hardware support.

Debuild is an early stage company that will, its founder Sharif Shameem hopes, let people build software without writing code.

“Our mission is to build an autonomous system that can create software at the level of the world’s most skilled engineers,” Shameem said.

“By giving every person the ability to instantly create any software tool they need, we can radically alter the trajectory of human progress.”

It didn’t take long for developers like Shameem to train GPT-3 on computer code and start experimenting with the outputs, such as generating web applications from short prompts.

OpenAI has built its own API called Codex which it says is “proficient in more than a dozen programming languages”.

Code-writing AI is still in its infancy but it’s already being introduced into platforms like GitHub which has begun previewing Copilot “your AI pair programmer” that can autocomplete entire functions from small phrases.

This technology is another potential paradigm shift for Australia’s skills shortage as it could once again alter the structure of demand for IT professionals away from programming and into other required fields.

In Part 2, we take a closer look at the experience of hiring, and being hired, in Australia's technology workforce.