Will 5G give me cancer or COVID?

We look at what 5G will be used for and whether it is dangerous. 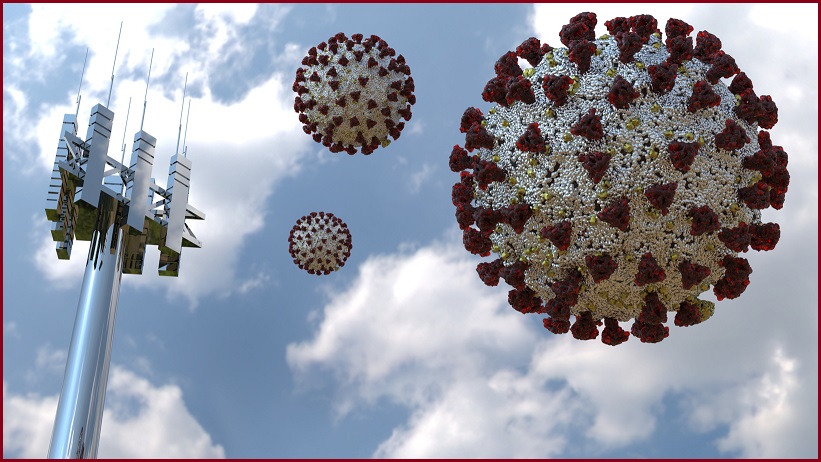 This picture is fake. Photo: Shutterstock

Cities still struggle with the data-driven and technology-driven mindsets that have characterised how we think about future cities and future user experiences.

But data and technology are just tools — enablers of the vision and goals of a city for its users.

5G is no different — it’s a new, shiny and exciting toolbox. 5G is not a single multi-purpose tool; it is a box of separate tools, selected depending on the task at hand.

Most of those tools have viable competitors already in the marketplace. There are even circumstances where you could use a 5G tool, but you would avoid it instead.

The hype and vendor-driven promo naturally focuses on a what a new technology could be used for.

If we want to develop an opinion and be smart about prioritising our efforts to support technology advancements, we need a different perspective — that of the user.

Properly thought through user-driven use cases give us the best guide to the most likely plausible future.

But before we look at use cases, let’s look at the toolbox.

For example, a smart rubbish-bin sensor — designed to tell council when a bin needs emptying — sends little data and not very often, while a CCTV camera monitoring beach safety may send a large continual stream of live video data.

Using two different variants of 5G, we can do both, even though today we would probably use two very different wireless technologies to achieve the same result.

Our labels for the main variants are:

In the low-band, data flows slowly like a flood — slow, but far and wide flowing around obstacles. This slow, energy-saving variant is best-suited to outdoor applications such as the Internet of Things (IoT) smart sensors in the smart city. But low-band 5G has strong viable alternatives in the marketplace such as NBIoT and LoRaWAN.

It has a viable competitor called DSRC where Australia happens to be a technology leader.

The next two variants impact mobile phones, mobile devices and some fixed devices where wireless is the best solution.

It provides a viable trade-off between speed, number of uses, coverage and cost.

In the high-band, data flows fast to many devices at once, like a garden sprinkler.

But like a sprinkler, the flow is very short range and is easily blocked — creating black spots.

5G is faster than 4G and can support many more simultaneous users but has special requirements due to its short range.

Each high-band device requires line-of-sight to the nearest antenna (about 100 m). As a result: cells are smaller; black spots are smaller but more pronounced; and many more, albeit small antennas, are required to cover an area properly.

This has significant implications on cost and for the visual amenity of the streetscape.

Low latency means low lag, which is important to web surfers, online gamers, to control robots remotely, or to prevent car collisions. All variants of 5G share this benefit.

All wireless to some extent is vulnerable to accidental blocking (black spots), deliberate or inadvertent jamming by being drowned by electromagnetic noise. For these reasons, there are critical applications where you would avoid using 5G altogether.

Will 5G give me cancer or COVID or…?

If you fear the introduction of cancer, COVID or some other negative effect due to 5G remember that scientists successfully demonstrated smoking was bad for our health, even though there were organisations spending significant sums of money trying to cover up the fact.

Citizens can take comfort that the world of science is very immune to being coerced into maintaining lies.

The majority of scientists I’ve worked alongside, due to their independent and passionate focus, are very difficult to control via incentives or even funding!

Also, the way they achieve fame, renown — and indeed their next job — relies on them doing good science and not by fudging results or hiding the truth.

Scientists have studied electro-magnetic radiation for many years and continue to do so.

As a result, they know a lot about radiation and harm to humans.

While we know for example that x-rays, and indeed the sun, can be harmful, the good news is we haven’t found causes for concern with normal mobile phone radiation or indeed 5G radiation.

The promo says 5G could be used for these use cases, but is it a good fit?

You live in the country and require emergency surgery. A high-tech robot does the surgery under the remote control of an expert surgeon in a far-off city who sees, hears, and importantly feels, exactly what the robot sees, hears and ‘feels’.

This requires low latency but using 5G is not the solution!

Firstly, neither surgeon or patient want to do surgery outside of hospital which has staff, surgeries and testing equipment at hand.

Thus, this use case applies to a rare circumstance where we can’t get the patient to hospital, but we can get a robot to the patient.

Secondly, no-one wants wireless involved if it can be avoided. End-to-end fibre or wire is best.

Current success with existing wireless technologies for automated mines and factories means that 5G is not a game changer.

An autonomous vehicle doesn’t need more outside help than a regular driver in order to drive safely. 5G is not a game changer.

These unique circumstances and select user group require 5G’s low latency. So, 5G will benefit a limited number of citizens.

A tradesperson wears goggles that films what they see and video streams this back to a supervisor or educator. Since the frequency of occurrence is low, and since 4G is adequate for the task, 5G is not a game changer.

5G may be a cheaper option than installing and maintaining alternative wireless technologies but it’s not a game changer.

If you want to learn more, ACS has produced three masterclass videos on 5G and 6G on YouTube: