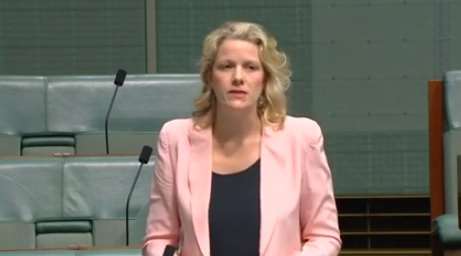 A motion seeking the backing of Australian parliament for initiatives that raise women’s participation in science, technology, engineering and mathematics (STEM) has received bipartisan support.

It was supported by Queensland Liberal MP Karen Andrews, who is the Assistant Minister for Science; fellow Liberal MPs Dennis Jensen and Fiona Scott; and Labor’s Amanda Rishworth and Sharon Claydon.

O’Neil said of all Australians working in STEM today, “less than a third of them are Australian women".

She said "underrepresentation of women at a professional level comes right back to our education system".

“Just 1.5 per cent of Australian girls are completing the three key STEM courses, which are advanced maths, physics and chemistry, at their year 12 level,” O’Neil said.

“What is even more worrying is that when we look at these numbers we see that they are actually getting worse over time and not better.

“These numbers should be incredibly concerning to every person in this country.”

One of O’Neil’s concerns was that those with STEM qualifications are “shooting to the top of the labour market” and do better “year by year”.

“We are creating a situation where the best, highest-paying and most senior roles in our society are ones where women are inevitably going to be dramatically less represented,” she said.

“I believe that the underrepresentation of women in STEM is one of the top feminist issues of our time.”

Assistant Minister for Science Karen Andrews agreed there needed to be action at the political and policy levels to increase women’s participation in STEM.

“The most important issue for me is that whilst we do not know exactly what the jobs of the future will be, we do know that 75 percent of those jobs will require skills in science, technology, engineering and maths,” Andrews said.

That action should begin as early as possible, she argued.

“What we do know is that the critical time for people to take up STEM skills is actually years 5 to 8,” she said.

Labor MP Amanda Rishworth said Australia would “fail to reach its productive potential until women can reach theirs.”

“[This potential] will not be achieved until we start focusing and teaching more girls in STEM skills,” she said.

Rishworth highlighted commitments by Labor – if elected – to “encourage more students to take up STEM degrees by writing off the HECS-HELP debt of 100,000 prospective university students in this field.”

“We have also announced that there will be, in the selection process, a focus on encouraging women to be a part of this,” she said.

“We will [also] boost the skills of 25,000 primary and secondary school teachers with new funding for STEM teacher training.”