The first computer conference in Australia was held in 1951. Cover of proceedings from the first computer conference held in Australia.

In August 1951, a conference was held at Sydney University’s Department of Electrical Engineering. It was the first computer conference ever held in Australia, and one of the first in the world.

The three-day conference opened on Tuesday 7 August, a cold and windy winter’s day. The newspapers were full of news of the Korean War, and the arrival the previous day of Australia’s first jet bomber, the appropriately named Canberra, made by UK manufacturer English Electric.

The event was organised by Trevor Pearcey of the CSIRO Radiophysics Division and David Myers, Professor of Electrical Engineering at Sydney University. Myers had been head of the CSIRO Section of Mathematical Instruments (SMI), which was established in 1948 to provide advice on mechanical solutions to mathematical problems.

Myers had developed a mechanical analogue differential analyser called the integraph as part of his doctoral thesis at the University of Sydney in 1939. His machine was an improvement on the planimeter – a device for calculating irregular areas on a plane.

The conference attracted 186 registrations, and included demonstrations of a range of computing equipment including Pearcey’s Mark I, which was at that stage still the only digital computer in Australia. A number of commercial attendees displayed a range of accounting machines and scientific calculators.

Star attraction at the conference was Professor Douglas Hartree, an early British computer pioneer who was the first civilian to program ENIAC, generally regarded to be the world’s first true computer, when he visited the machine on a trip to the US in the northern summer of 1946. It was David Myers who invited Hartree to Australia. He had met him when he spent three years in England before World War II. 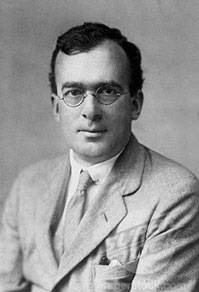 Hartree was an important figure in the early years of computing. In 1933 he had visited MIT and seen the Differential Analyzer, an early mechanical device developed by US pioneer Vannevar Bush. He was given a copy of the design and built his own when back in England – out of Meccano parts for a total cost of £20. Hartree’s subsequent work with the ENIAC was a direct inspiration for the development of EDSAC at Cambridge University, only the second electronic computer in existence.

In a paper in 1946, after he had seen ENIAC, Hartree wrote: “It may well be that the high-speed digital computer will have as great an influence on civilisation as the advent of nuclear power.”

The list of attendees to the Sydney conference and the organisations they represented gives a good idea of where interest in ‘automatic computing’ was coming from at the time. It was mostly universities, CSIRO, and other government research establishments, but there was a smattering of government departments and calculating machine manufacturers and suppliers who were interested in the practical uses of the new technology.

The welcoming address was given by Sir John Madsen, Emeritus Professor of the University of Sydney, and Myers’ predecessor. It was Madsden who was largely responsible for getting the funding for the CSIR Radiophysics Laboratory where Trevor Pearcey had developed the Mark I. He said in his opening remarks that until that time computing had been viewed as a sub-discipline within mathematics, but was now emerging as a discipline and profession in its own right.

Hartree presented four of the papers at the conference, as did Trevor Pearcey (one of them with Marston Beard). All the presentations were long on technical detail and theory, with little on the practical application of computing. The conference attracted little interest outside of the mathematics and engineering community, but it was seminal to many attendees.

In his keynote address, ‘Introduction to Automatic Calculating Machines’, Hartree made a distinction between “instruments” (analogue devices) and “calculating machines” (digital devices), and outlined the strengths and weaknesses of the two approaches. He described the analogue differential analyser he had worked on, and recent advances in digital computing, including storage hardware.

Three of Trevor Pearcey’s papers at the conference were about the Mark I, which was to remain the only digital computer in Australia for four more years. His fourth paper was on programming punch card machines. The other papers were on various digital and analogue devices.

David Myers wrote many years later that the conference “was a turning point in Australia and that since that time, computing became increasingly a study in its own right rather than a plaything of specialists. Anyone wishing to consider the state of the art at the end of the first half of this century would be well advised to read the report of that conference.”

Graeme Philipson is a communicator and researcher into high technology and its effects on business and society, and one of Australia’s best known and most experienced technology journalists and speakers. He has been in the high tech industry for more than 30 years, most of that time as a market researcher, analyst and journalist. He is a recipient of the Kester Lifetime Achievement Award for contributions to technology journalism.
Copyright © Information Age, ACS
Tags:
ACS computing Douglas Hartree history Trevor Pearcey