Getting computers to talk to each other was a novel idea.

The first wave of computing in Australia, in the 1950s, was dominated by universities and research establishments, many of whom built their own computers. Computing in Australia, and globally, was transformed in the 1960s as many new suppliers entered the market and large commercial organisations like banks and manufacturing companies discovered the benefits the new technology could bring.

But the vendors’ biggest customers were still in the public sector. Universities and government-owned research bodies continued to dominate lists of the installed base of computing systems in Australia until well into the 1960s. They were joined by other government agencies, mostly at the federal level, though state governments and even some larger local government authorities moved into computing during this time.

Even today government, at all levels remains the largest sector in the computing industry. Sales to government are keenly contested by hardware, software and services vendors.

The story of government and academic computing in Australia in the 1960s was one of massive growth and great innovation. One of the most important developments was in Australia’s great government-owned research organisation, CSIRO.

CSIRO was where computing started in Australia, with the Mark 1 computer. The subsequent growth of computing in CSIRO is closely linked to the career of the man who developed that first computer back in the late 1940s, Trevor Pearcey.

For many years, until 1956, Pearcey’s Mark 1 was only computer in Australia. Then, in 1956, three more computers appeared almost simultaneously – SILLIAC at the University of Sydney, UTECOM at the NSW University of Technology (shortly afterwards to be renamed the University of NSW), and WREDAC at Weapons Research Establishment in Salisbury, South Australia.

In the mid-1950s CSIRO decided it would not pursue the development of electronic computing. Pearcey recommended the establishment of a computing division, which was rejected. With the arrival of SILLIAC and UTECOM in Sydney, the Mark 1 was dismantled in 1956 and moved to the University of Melbourne, where it was renamed CSIRAC.

Disappointed, Pearcey returned to his native England in 1957 to resume work at the Telecommunications Research Establishment (now renamed the Royal Radar Establishment) in picturesque Great Malvern, Worcestershire, halfway between Bristol and Birmingham. While in England, Pearcey worked on improving computer programming techniques. He also worked on the advanced EDSAC II at Cambridge, which was pioneering a programming technique later to become known as microprogramming. 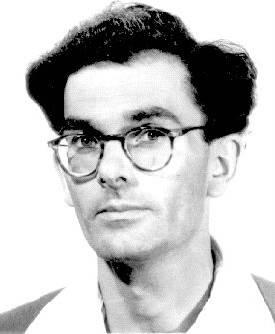 He remained in England for nearly two years. In early 1959 he returned to Australia, and to CSIRO, as part of CSIRO’s Division of Mathematical Statistics. One of the reasons Pearcey returned was because of a chance meeting he had in London in 1958 with Edmund Cornish, head of the division, where they discussed the desirability of approaching CSIRO with a “new, well-supported approach for the establishment of a laboratory where [computing] research could be pursued and computing services provided.”

When he returned to Australia, Pearcey was instrumental in the design of the Cirrus computer and was successful in his efforts to persuaded CSIRO to take electronic computing more seriously. It had established a Computing Research Section in Canberra in 1956, but it was underfunded and undermanned until 1962, when a CSIRO executive approved Pearcey’s proposal to vastly increase CSIRO’s computing capabilities and build a network to connect its various research facilities around Australia. It was to be a momentous decision, reversing a decade of neglect.

In view of the wide geographical distribution of CSIRO’s divisions, other likely users of a scientific computing service, and the high capital and running costs of the large number of separate equipment that would have to be situated in readily accessible locations, Pearcey proposed a network of computing facilities of various levels of computing capability.

In 1962 his proposal was approved by the CSIRO Executive and a £3 million grant was provided by the Commonwealth Government for the establishment of a Section of Computing Research within CSIRO. That amount of money would be in the hundreds of millions of dollars today.

Immediately, CSIRO started work on a purpose-built computing facility at Black Mountain in Canberra and went to tender for suitable computers. The successful supplier was Control Data’s newly established Australian subsidiary. The deal was announced on 19 June 1963, the same day Control Data also won the computing business of the Census Bureau.

Pearcey’s dream was of a network connecting all the CSIRO computers. The 1963 contract was for a CDC 3600 to be installed in Canberra, with smaller 3200s in Sydney, Melbourne, Adelaide and Brisbane. Networking was initially via the physical transfer of tapes, with conversion to ‘electrical transmission’ beginning in 1966.

Enabling the CSIRO machines to communicate directly with each other was a difficult talk with the technology of the time. The Post-Master General’s Department (the precursor to Telecom and Telstra) had been experimenting with computer communications for some time, and announced successful tests using DEC computers in 1966. Pearcey had to work almost from scratch to develop the computer network that was to become known as CSIRONET.

His initial efforts were based around ensuring total compatibility between all the CSIRO machines through uniformity of programming languages, file structures and peripherals. That meant that when the machines were connected by low speed data lines they could share data, though all processing was still in batch mode.

True data communications capabilities were to come slowly, and involved substantial tweaking to the operating system, and the replacement of teletypes with CRT terminals. In his book on the early computing in Australia, Pearcey describes in detail the intricacies of developing real-time networking for CSIRONET.

Pearcey and his team developed a new operating system called DAD (Drums and Displays), which enabled the CSIRO machines to operate together as a single network. It was the first large scale computer network in Australia, and one of the first in the world.

Computer networking globally was in its infancy and there was no standardisation. Each network developed its own methodologies and protocols. The first generation of CSIRONET was a hierarchical network that relied strongly on the computing power of its central Canberra data centre.

It was not to adopt standardised peer-to-peer networking protocols until these become the norm in the 1980s. The biggest advance in networking in the 1960s happened in the USA at the end of that decade, in 1969, with the birth of Arpanet, which was to become the Internet.

Graeme Philipson is a communicator and researcher into high technology and its effects on business and society, and one of Australia’s best known and most experienced technology journalists and speakers. He has been in the high tech industry for more than 30 years, most of that time as a market researcher, analyst and journalist. He is a recipient of the Kester Lifetime Achievement Award for contributions to technology journalism.
Copyright © Information Age, ACS
Tags:
Black Mountain CSIRO CSIRONET Trevor Pearcey