The Elliott 403, aka WREDAC, in the UK in 1955, before being disassembled and shipped to Australia. Source: DSTO

In 1946, the UK and Australia established the Anglo-Australian Joint Project to test rockets, atomic bombs and other weaponry. Australia had the large areas of virtually uninhabited land needed to test such devices, and in return was given access to the technology the project developed.

The initial impetus for the program came from the UK’s desire to develop a long-range rocket similar to Germany’s V2, the world’s first ballistic missile. The UK wanted a test site at least 800 km long, but Europe was too densely populated, and firing over water would limit the recovery of missiles.

The decision was spurred by the Cold War and the desire to develop atomic weapons and the means to deliver them. A purpose-built town was established at Woomera, in central South Australia 450 km north of Adelaide, which had -- at its peak in 1960 -- a population of 7,000. The Woomera Test Range at one stage covered one quarter of the entire state.

Under the Joint Project, Australia was the site of the UK’s first atomic weapons testing. These tests were not conducted at Woomera, but at the Montebello Islands off the northern coast of Western Australia in 1952 and 1956, and at Maralinga in the desolate west of South Australia in 1956 and 1957. They were conducted above ground, causing massive contamination and the radiation deaths of many of the native Tjarutja inhabitants of the region. Some Aboriginal women pregnant at the time miscarried.

To support the project, the Australian Government in 1947 initiated the Long Range Weapons Establishment (LRWE) in an old munitions factory at Salisbury in just north of Adelaide. Populated largely by British scientists, it was renamed the Weapons Research Establishment (WRE) in 1955 with the incorporation of a number of other Australian Department of Defence research laboratories. The Black Box flight recorder, used by commercial aircraft worldwide, was invented by WRE’s Dr David Warren in 1957. All Defence research facilities Australia-wide, including the WRE, were incorporated into the new Defence Science and Technology Organisation (DSTO) in 1974.

The weapons testing activities at Woomera involved detailed mathematical calculations, and WRE became interested in the new electronic computers in the early 1950s. The decision to purchase one came about largely as a result of the efforts of John Allen Ovenstone, who had worked on the CSIR Mark 1 in Sydney and EDSAC in Cambridge. 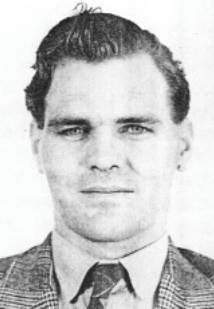 He later became the first Professor of Computing Science at the University of Adelaide. In 1958 he dropped the ‘Allen’ and started calling himself John Ovenstone, which we will call him here.

Ovenstone had joined the LRWE in 1950, but then travelled to Cambridge to complete a doctorate in mathematical science. When he returned to Australia in 1953 he developed a specification for a computer for the LRWE, which favoured calculating power over I/O requirements.

The LRWE sent its requirements to a number of British computer manufacturers and despatched Ovenstone back to the UK, along with engineer George Barlow, to look at the various options. They visited English Electric and Ferranti, but could not find what they were looking for.

Then they visited Elliott Brothers, a century-old instrumentation company that had moved into electronic computers after the war. The new Elliott 402 seemed to satisfy the LRWE’s requirements.

Elliott’s engineers were working on various add-in modules to increase the 402’s power, which were very relevant to what the LRWE wanted. It placed an order for a modified machine that was designated the Elliott model 403, though the WRE was always to call it WREDAC (WRE Digital Automatic Computer). Elliott’s engineers called it ‘Cobber’, their idea of Aussie slang.

WREDAC was a big computer. This was mainly because of its modular design in 16 large cabinets nearly 2m tall, formed in U shape about 6 metres wide with 3 metre arms. There was a processor cabinet, where the operator programmed the machine by flicking switches (while standing), 7 cabinets housing the 1,600 12AT7 twin triode valves that formed the machine’s logic circuitry, with the remaining cabinets used to house the circuitry that controlled the I/O devices. It was the WRE’s requirements for specialised peripherals that made WREDAC unique and set it aside from the Elliott Model 402 it was based on. It had the equivalent of 2MB of nickel delay line memory, and a 68KB magnetic disk drive. Unlike other rotating magnetic disk memories, the WREDAC disk had fixed heads. They had to be adjusted to one or two thousandths of an inch off the disk surface, which was impossible to maintain and led to many head crashes, which rendered those tracks forever useless. “It was a proper beast,” said engineer Peter Main, who was charged with its maintenance.

Because of its primary role in tracking rocket trajectories, WREDAC had four plotters attached, quite an innovation at the time, and specialised input convertors for rocket telemetry tapes. The plotters were early Mufax facsimile machines, modified by Elliott, which printed four lines of dots per second.

WREDAC arrived in Adelaide by sea in September 1955 accompanied by three Elliott engineers. The output subsystem (called WREDOC) did not arrive until May 1956, and WREDAC did not start performing useful work until July 1956.

WREDAC’s primary task was tracking missiles. WRE’s operators received films from pairs of kinetheodolites, devices containing movie cameras that could track a moving target through the air. These films were manually processed to convert the frame-by-frame output of the missile’s azimuth and elevation onto paper tape. These had to be combined with telemetry data – radio transmissions from the rockets themselves – which arrived on magnetic tape.

Ovenstone made a major improvement to WREDAC in 1957, building a proper operator’s console. The original was an array of switches and two modest display tubes built into a processor cabinet, which had to be used while standing. The replacement was an impressive looking desk with switches, dials and two CRT screens.

WREDAC was performing well, but like all computers of that (and any other) era, it was quickly being made obsolete by newer machines. In particular, the first generation of valve-based machines were being challenged by much faster and much more reliable machines using solid state transistors for their logic circuitry.

The search for a replacement computer settled on IBM’s new 7090, which was nearly 100 times faster and which could perform trajectory calculations at one fifth of the cost of WREDAC, even at its rental cost of US$330,000 a year. (IBM’s business model meant that it only rented out its computers – it did not sell them outright until many years later). The new machine was ordered in March 1960 and installed at the WRE in February 1961. One of the 7090’s’s great advantage was a large library of available software, and it used the recently standardised FORTRAN programming language.

WREDAC and the 7090 ran in parallel while the WRE’s programs were rewritten in FORTRAN. WREDAC still did some work, such as analysis of wind tunnel tests of missiles, and some statistical and mathematical tasks, but its high maintenance costs meant its days were numbered.

At the end of 1962, after seven years’ service, WREDAC was retired. Most of it ended up as scrap, though some parts remained valuable enough to be returned to Elliott in the UK as spare parts.

Graeme Philipson is a communicator and researcher into high technology and its effects on business and society, and one of Australia’s best known and most experienced technology journalists and speakers. He has been in the high tech industry for more than 30 years, most of that time as a market researcher, analyst and journalist. He is a recipient of the Kester Lifetime Achievement Award for contributions to technology journalism.