National Chair of the Pearcey Foundation Wayne Fitzsimmons has been awarded with an OAM for his services to the IT industry.

“I’m still reeling from the gong and all the kind words I’ve received over the past couple of days,” Fitzsimmons said following his inclusion in the Queen’s Birthday 2018 Honours List earlier this month.

Fitzsimmons was the only person to be recognised for services to the IT industry as part of this year’s formalities.

With decades of experience in both the United States and Australian ICT sectors, Fitzsimmons became a board member with the Pearcey Foundation in 2000.

He has now been the National Chair of the foundation since 2005.

The Pearcey Foundation is a not-for-profit organisation that celebrates achievements in the ICT industry on both a state and national level.

It also runs a number of initiatives relating to technology in Australia, including Australia 3.0 which brings together industry, government and academia to discuss Australia’s digital future.

Under Fitzsimmons’ leadership the Pearcey Awards have gone from strength to strength.

The national awards, which this year will be combined with ACS’ Digital Disruptor Awards in Melbourne, recognise individuals for either a lifetime ICT achievement and contribution, or entrepreneurial ICT achievements.

Alongside his efforts with the foundation, Fitzsimmons is also a board member of Founder Xperior and Cohda Wireless.

He was also Vice-President of Americas/Far East Data General Corp USA from 1983 to 1990.

In 2010 he was given an honourary membership with the Australian Computer Society. 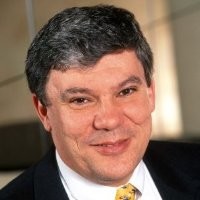 ACS member and computer industry stalwart Peter Kazacos (above), founder of KAZ Group, was awarded an OAM for his service to the community through charitable organisations.