Not just to prepare for asteroid mining future. 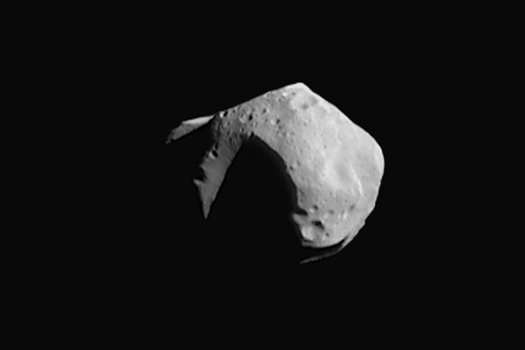 A leading NASA executive has called for closer ties between the space and mining industries as the technological challenges and interests of both sectors align.

René Fradet, deputy director of the engineering and science directorate at NASA’s Jet Propulsion Laboratory, told the Future Mining Conference last week that his lab was pushing for partnerships with miners.

“The challenges of space and mining really overlap,” Fradet said.

“Both operate in extreme and harsh environments, are trying to understand rocks and are dealing with big data.

“We’re both also looking to increase the autonomy of our operations.

“I believe both industries can benefit from sharing research activities, and in the long term it could be beneficial to partner or communicate and share more information.”

In the long term, space is increasingly seen as a new frontier for the mining of rare minerals, as easy-to-access deposits on Earth diminish and the costs of locating and extracting valuable minerals from those smaller deposits escalates.

Still, the economics of space mining are unclear at best, as are the timeframes for the feasibility of projects.

“In addition, if you suddenly flood the market with a lot of rare material from space, does the price then go down and make the economic model of returning these minerals from space less viable than if the price is sustained at a relatively high level [by not pursuing space mining]?”

Fradet said that hauling minerals back from space would likely require a different operating model than that used for current space missions.

He cited the Apollo missions as an example, which required support systems weighing hundreds of kilograms to bring the astronauts back to Earth.

He fears these kind of economics – where infrastructure for the return trip would eat significantly into haulage capacities – could make space mining a difficult proposition.

For that reason, he noted, much research in the space and exploration industries was being directed to finding alternative sources of propellant, oxygen and “things that sustain human life in space” in order to break the current logistics model.

“We’re looking at 35 metric tonnes of propellant that’s going to be required to return humans from Mars to Earth,” Fradet said.

“But if one could make oxygen off the surface ofMmars or using the atmosphere, you could cut that by at least half.

“In situ resource utilisation is going to be key as far as the future of space exploration.”

That could also mean that, at least in the beginning, space mining does not have to be a volume game.

Rather, it could be about mining just enough material to create things to sustain life for those first arrivals – and build operations from there.

Still, the existence of these types of challenges is not slowing the rate of investment in space exploration for mining and human life.

“There is a great desire from the private sector and government to send humans beyond Earth, and any of these activities are going to lead to the desire and the need to manage space utilisation.”