Why corporate innovation shouldn't be tied to dollar return 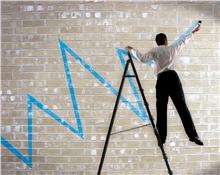 The path to corporate innovation isn't hard KPIs from day one.

The performance of corporate innovation hubs should be subject to “softer” ROI measures – particularly early on – to avoid stifling their potential, according to innovation leads from three of the world’s top insurers.

Speaking at the Dreamforce InsurTech Summit – a co-creation of Salesforce and Capgemini, representatives from AXA Labs, AIG and MetLife Asia were united on the types of KPIs they believed worked best for corporate innovation projects.

“In terms of KPIs, I think you need to crawl before learning how to walk,” AXA Labs CEO Guillaume Cabrere said.

“Most of our KPIs [in start-up] were on the softer side [and] mostly capability centric - how many pilots are you ready to launch? How many people are you exposing to this new way of thinking, working and prototyping? How many strategic partnerships have you been able to enter?”

Zaman runs the insurer’s year-old LumenLab in Singapore, which has been charged with finding disruptive business models “in the areas of wellness, wealth and retirement”.

“The only lasting thing that you can have as an innovation professional in the organisation is not a system, or KPI - it’s culture,” Zaman said.

“The number one thing that we work hard on is to change the way the [insurance] industry thinks about the customer.

“The end consumer is the only one that matters. When you refocus on the meaning of putting the customer at the centre of everything you do and you experiment … to come up with new ways of delivering value sooner to that customer embedded into everything that you do, the more likely you are to change mindsets and rescue the industry from the massive deflation of value caused by not being focused on the customer.

“Really at the end of the day the only thing that matters is long-term value, and value is not measured by looking at your existing business metrics but simply at how the external market values the things you put in place.”

AIG’s global head of innovation Faye Sahai said her organisation talked about two types of “ROI” with its executives.

“They’re already good on return on investment, but there’s also return on innovation,” she said.

“Return on innovation is softer – it’s an engagement model, or it’s a culture you’re changing. So [for us] it’s about that education of the two types of ROI and that you’re enabling and investing into the future.”

Sahai believed there was a danger in trying to press return on investment metrics on a corporate innovation scheme too early on.

“If you go to return on investment metrics right out the gate, what it does is it makes people go into their incremental investments because they’re so concerned about return that they only look at short term, quick turnaround things,” she said.

“You get what you measure.”

However, AXA Labs’ Cabrere believed that financial metrics would eventually be impressed on corporate innovation.

“I think after three years of operation, we’re now coming to a time where we can claim for this full accountability,” he said.

“I think that moving to the hardcore side of metrics is good [once you] have achieved a certain level of maturity.

“Certainly, never, ever start measuring with hardcore metrics because that will kill innovation in the company, but once you achieve maturity, don’t be shy or afraid to move into more financial or hard KPIs.

“This is exactly what we’re doing now. It’s a stepping stone.”

Ry Crozier attended Dreamforce 2016 as a guest of Salesforce.